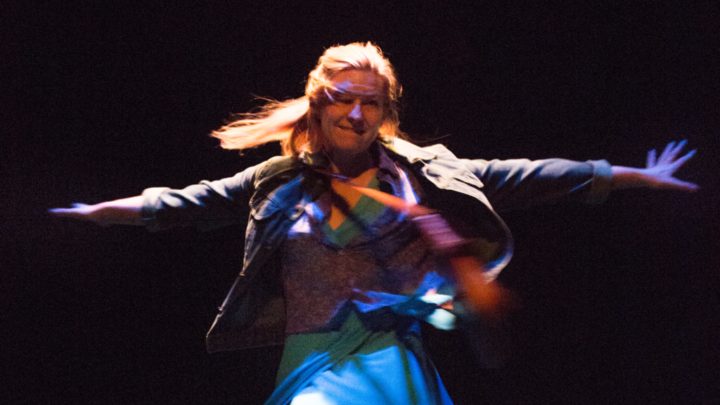 The DARTcritics class of 2017-18 recently saw Tarragon’s remounting of Hannah Moscovitch’s Bunny. Originally premiering at the Stratford Festival in 2016, Bunny explores the themes of desire, shame, female sexuality, and friendship. Our critics weigh in on these themes below:

With its raw acting power and charming but sharp dialogue, this Bunny is a force to be reckoned with.

Commissioned and premiered at the Stratford Festival in 2016, Hannah Moscovitch’s play finds its home at the cozy Tarragon Mainspace. The small space adds punch to the (often literal) intimacy of the performance. Directed by Sarah Garton Stanley, Bunny follows the sexual maturation of Sorrel, nicknamed Bunny, a Victorian literature obsessed outcast turned extremely desirable by puberty and the male gaze. Navigating both her desires, and those of the men around her, Bunny roots itself in Sorrel’s friendship with the quirky but ultimately tragic Maggie (Rachel Cairns), painting a painful yet poignant picture of the modern heroine. 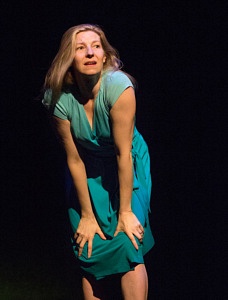 The Mainspace, though small, feels the perfect fit for the domestic drama, placing the audience just close enough for discomfort. Michael Gianfrancesco’s set and costume design reflect this domesticity, enhanced by the cool tone lighting of Nick Andison, following in the original designer Kimberly Purtell’s footsteps. A round patch of grass dominates the stage, outlined in fairy-ring fashion with teal. The costumes are modern, but reflect the muted tones of the Victorian era, perhaps a nod to the repression of both that historical time and the origins of the titular character.

The driving force behind Bunny’s captivating plot is Bunny herself, played with startling honesty by Maev Beaty. Traversing through teenage years, college, marriage, and, as one of her lovers suggests, potential divorce, Beaty is remarkable in maintaining the bashful yet bold through-line of her character, whilst allowing her to shift from child to woman. Although not always a sympathetic character, Beaty’s constant reference to the audience, ranging from monologues and narration to wide-eyed helpless looks, make it particularly impossible not to empathize with Bunny’s plight. 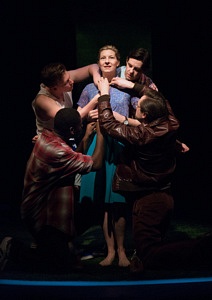 A constant in the journey of Bunny is her torrid relationships with the significant men in her life. Some boyfriends, some dangerous liaisons, all are bluntly and shamelessly revealed, and often their most carnal moments occur right before our eyes. Siobhan Richardson’s work as Intimacy Coach is appreciated – as these moments are raw, and at times uncomfortable to watch, it is comforting to know this is another kind of choreography.

Moscovitch discusses her own relationship with the Victorian classics in the program, which both she and Bunny discover contain more than a few sexist ideas on the role of women. Watching Bunny’s journey, however, I wonder if sex and romantic love are really the most vital parts of the works of Jane Austin, or Bunny’s formative years. Bunny speaks to our power to both reject and embrace the uncomfortable, dark parts of ourselves – I consider whether Austin’s books are really so rooted in anti-feminist thought, or whether it is the opinion of others upon Sorrel and Moscovitch that make them reject what they once held dear.

Initially premiering at the Stratford festival in 2016, Hannah Moscovitch’s Bunny has most recently found a home in the Tarragon Theatre Mainspace. Design has been seamlessly married to the show, without ever feeling abrasive. Lighting (by Nick Andison and Kimberly Purtell) serves as a fascinating framework for the performance; the crisp, purposeful design gently aids in the audience’s visual navigation of the drama. Michael Gianfrancesco’s set design localizes the action around a circular grass surface area, functioning as the protagonist’s playground. 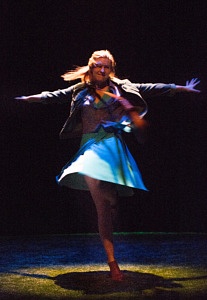 The protagonist in question, Sorrel, is a product of her own strangely repressed liberal childhood – struggling to form meaningful relationships with her peers, she seeks refuge in the pages of her beloved Victorian romance novels. Moscovitch, whose own fascination with Victorian literature directly parallels that of Sorrel’s, speaks to her own motives in the show’s program note; this play has been written in an effort to “reckon with the novels [she] worshipped so blindly as a teenager, to scrutinize them, hold them to account.” What has resulted is an incredibly honest evaluation of the sexual politics between men and women and the roles women are willing to perform. Bunny is a refreshingly honest and funny production, expertly navigating complex themes of friendship, power dynamics and female sexuality.

It is impossible to discuss Bunny without delving into actor Maev Beaty’s standout performance as Sorrel. Her self-aware third person narration places her in the role of tour guide on her own out-of-body experience, drawing us in and out her formative sexual years. Beaty truly inhabits the role; such visible dedication has resulted in a vibrant, fully realized character, complete with distinct complexities and ticks. Alert, anxious and flitting, Sorrel is affectionately nicknamed ‘Bunny’ by her best friend Maggie, played by Rachel Cairns – though it becomes apparent that such a nickname might carry more tongue-in-cheek undertones when paralleled with her behaviour throughout. 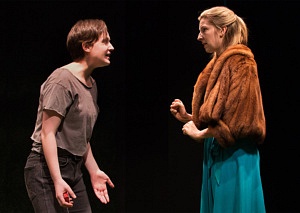 Though all of the actors are entirely competent and charming, the men of Bunny are not the focal point of the narrative. Among the cast of characters is Sorrel’s kind-hearted prom date Justin (Tony Ofori), her married professor (Cyrus Lane), husband Carol (Matthew Edison) and the much younger Angel (Jesse Lavercombe), whose own interest in Sorrel forces her to confront her past. Bunny passes through their narratives like a time lapse of sorts, providing necessary context for her journey to the present.

Bunny is not simply a play about a young woman, whose sexual exploits are a mere tool to pepper the plot with scandal – Sorrel’s journey through her own sexuality is the plot. The tremendous success of this play hinges on its commitment to placing female pleasure squarely in the spotlight. Providing its audience with a thoroughly thought-provoking night at the theatre, Bunny is not to be missed. The show will be running from February 21 – April 1; if given the opportunity to see this production, you simply must.