Embedding with Shaw: Christine Brubaker on Adapting The Horse and His Boy 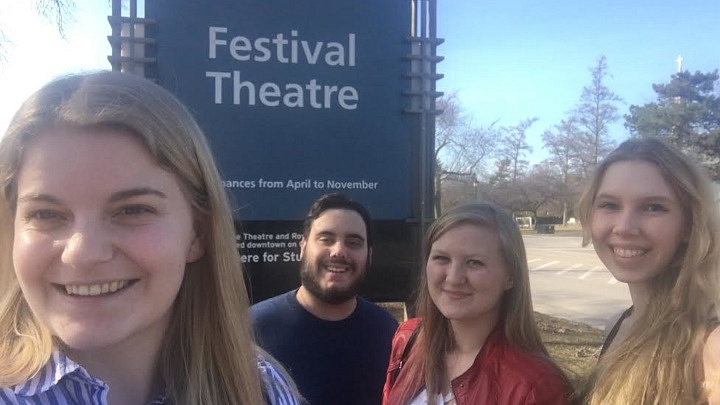 The second production we have students embedding is The Horse and His Boy at The Shaw Festival. Their first order of business was to meet the director, Christine Brubaker. 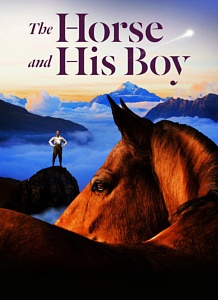 We pull up to the Shaw Festival exceptionally early, awkwardly waiting in the car, anticipating the exciting journey on which we’re about to embark. Between the four of us, there is a mix of excitement and nerves going into our first interview with Christine Brubaker, director of The Horse and His Boy at Shaw. Once it is an appropriate time to enter – not too early, not too late – we walk into reception and introduce ourselves as Dramatic Arts students from Brock University.

We meet with a lovely woman named Suzanne Merriam, Shaw’s senior manager of education, who leads us into a huge, bright room with a cafe. We learn that this is Shaw’s green room and the four of us are in awe – from our previous experiences we were expecting a small, dark room hidden somewhere in the back of the building, not a welcoming oasis.

Why are we at Shaw, you may ask? We are coming in as embedded critics. Embedded criticism bridges the gap between the reviewer and artists putting on a show by allowing readers backstage access into the rehearsal process, rather than a critic determining whether or not a show is “good” or “bad” based on the finished product. We aren’t critiquing the show; we are witnessing the rehearsal process and relaying the information to our readers so that everyone can have a glimpse into the complexities and changes that it takes to create a piece of theatre – something that the audience doesn’t usually get to see.

Brubaker enters, coming straight from the company’s first rehearsal of Act 1, ready to respond to our questions. The first thing she explains is how far along in the process they are. It is important to note that Shaw is a repertory theatre company, meaning the cast and other members of the crew are involved in more than one show at the same time. Brubaker explains that if it were a typical Canadian rehearsal schedule, they would currently be roughly two weeks into a three- or four-week process, with rehearsals taking up full days. This being a rep company, they started rehearsals in mid-February, usually working about 3.5 hours a day, and will have their first preview performance on April 6. Brubaker explains that the show’s been in process for over a year: she was hired in February 2018.

We are pretty curious to learn how Brubaker intends to portray horses onstage, but first we ask how she got involved with this series of productions based on C.S. Lewis’s Chronicles of Narnia, considering the first two in the series, The Lion, The Witch and the Wardrobe (Stratford Festival, 2016) and The Magician’s Nephew (Shaw Festival, 2018) were both directed by Tim Carroll, currently the Shaw’s artistic director. She explains that “Tim doesn’t want to direct all of them, so they were just looking around and I guess decided that I would be an interesting person to offer it to.” Is she keeping the same aesthetic as Carroll, or is each of these productions intended to present a singular take on the material? Brubaker emphasizes that her aesthetic is different than Carroll’s, and the areas she wants to explore are different. Although part of the series, this is a “standalone… because we have a brand-new person that’s adapting it, so her voice is really, really distinct.” The writer in question is Anna Chatterton, and there is a practically-all-new set of designers working on the show as well: the lighting design is by Siobhán Sleath, the music and sound design is by Deanna H. Choi, and projections are designed by Cameron Davis, who also designed the projections for The Magician’s Nephew. The one throughline between all the productions is the choreographer, Alexis Milligan. 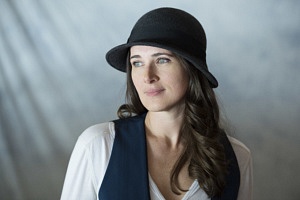 In this production, the traditionally male character of Aslan the lion is being played by a female actor, Jenny L. Wright. Brubaker says this decision was “born from the fact that we’re mostly a female creative team.” She emphasizes that Aslan is a majestic creature who shape-shifts into other forms, so they are trying to take away any gender from the character and just show them as a magnificent being: “there’s such an interesting hold on who we think these icons are, so [casting Wright is] to try and push on that a little bit.”

We ask Brubaker what she wants audiences to take away from this world premiere production, and she gets a sparkle in her eye. Working on brand new material is “always amazing,” she says, “because you feel like you are literally being born with it, but it is always terrifying because… you have no feedback yet, you have nothing to reflect back to you except the room and the crazy journey that you go on inside the work. You can only trust your instincts and the creative team around you.” She is clear that she wants the audience to go away thinking that they should listen to that little voice in their head telling them to take a risk, just as the main character Shasta (Matt Nethersole) does when he leaves everything he knows to try and find where he really came from. Brubaker believes that “time will change us all, whether it be a lifetime or two hours”- we will all change in some way. That is where the story of The Horse and His Boy takes us, on a journey from the life we know to taking a risk to find something better.

We leave our first meeting with even more excitement than we started with. Brubaker’s passion for the show has started to rub off on us, and we are curious to see for ourselves how the company is going to bring this magical story to the stage. We didn’t get the chance to ask our question about the horses on this visit, and hope we’ll find out more the next time we enter The Horse and his Boy’s rehearsal room. Stay tuned!