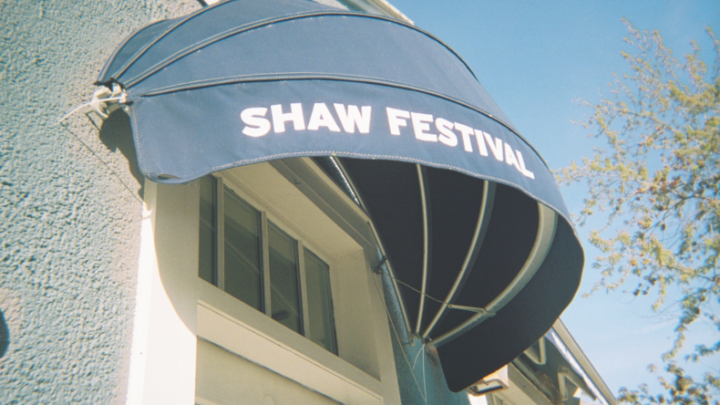 Hello theatre creators, educators, scholars and everything in between! I hope you’re having a productive-yet-restful summer.

Ever wonder what it’s like to work at the second-largest theatre company in North America? Well, I am happy to report to you as the 2022 DART Intern at the Shaw Festival in Niagara-on-the-Lake, Ontario! These next few weeks, I will be taking you along with me as I write and vlog about some of my experiences and adventures at Shaw. 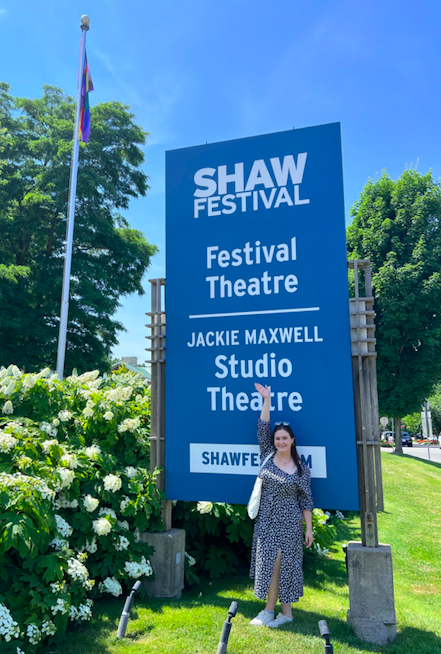 Alyssa Ruddock at the Shaw Festival.

Those weeks at Shaw in May and June were full of meeting new people and discovering more than I could ever have anticipated! Many DART alumni and staff work at the Shaw Festival across various departments. While I cannot name every single one – I have the opportunity to reconnect with people such as 2020 DART Graduate Jordine De Guzman, who’s was an apprentice stage manager in the Shaw’s 2002 season; and lighting designer Chris Malkowski, who’s designed a number of DART Mainstages and designed the lights for Chitra in the 2022 Shaw season. What a small theatre world we live in, eh? My first few weeks at Shaw lined up with some first days of rehearsals – so it gave me an excellent opportunity to meet lots of people and settle in.

I was so grateful to be welcomed with open arms… even surprised about how friendly people are! Each person I passed in the hallway would stop and say hello, and would take the time to introduce themselves on a first name basis. I even met some people who know me through mutual friends or have some affiliation on previous projects. And, I met several company members who I later discovered were part of works that inspired me to be where I am today … Thankfully I am not one who easily gets starstruck!

So…what exactly am I doing at the Shaw Festival?

As an aspiring professional theatre artist, I am entirely grateful to have experienced this internship, which is an opportunity for a Brock Dramatic Arts student to have a position tailored for them. As I recently completed my fourth year in DART, the Shaw internship is happening at a pivotal point in my career, providing an intersection between the skills I learned as a theatre student and a professional theatre setting. I spent my eight-week internship primarily with the stage management department – observing the life of an SM (stage manager) in a professional setting and helping out wherever needed. While I am well familiar with the fundamentals of stage management (thanks to Carolyn Mackenzie’s teaching and support on projects in DART), this is my first time working in repertory theatre. Until this year, I have only ever worked in stock (theatre troupes who perform the same core play daily over a short period of time) both at Brock and in the community context. Repertory theatre is a new universe. 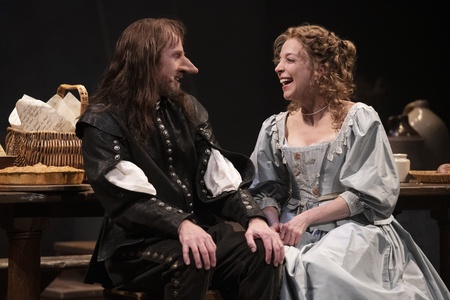 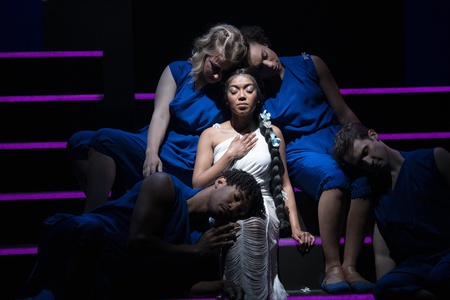 For those unaware, repertory theatre is a rotating system producing more than one play at a time throughout a season across several theatrical venues. This means that as an audience member, you can see a matinee performance, and come back in the evening to see an entirely different play in the same theatrical venue. The Shaw Festival is home to three theatres – the Festival Theatre, the Jackie Maxwell Studio Theatre, and the Royal George Theatre. This summer Shaw is also producing a series of outdoor shows and concerts in its gardens and an outdoor venue called the BMO Stage. The show rotations allow actors, crew, directors and stage managers to work several shows throughout the season. The switcharound from one play to another is done by the changeover crew between performances. With guidance from Shaw Associate Artistic Director Kimberley Rampersad, I had the opportunity to work closely on The Doctor’s Dilemma and Just To Get Married this season. I also popped in and shadowed on shows already in process, such as Cyrano, Chitra, Fairground, and Shawground.

A day in my life

On a regular day, I helped the stage manager and assistant stage manager (ASM) set up the rehearsal room. The essentials are filling water stations, sharpening pencils, setting tables for table work, and perhaps setting up for a specific scene. Since I’m not an official Shaw apprentice but rather an auditor and helping hand, I am not required to report any rehearsal notes or scheduling matters, which would usually be part of a stage manager’s responsibilities. Similar to productions at Brock, I kept a notebook with me for things I should remember or questions that come up in rehearsal (for example, if I saw that a prop was added, I might follow up with the ASM to ask about what the process is in requesting new rehearsal props). 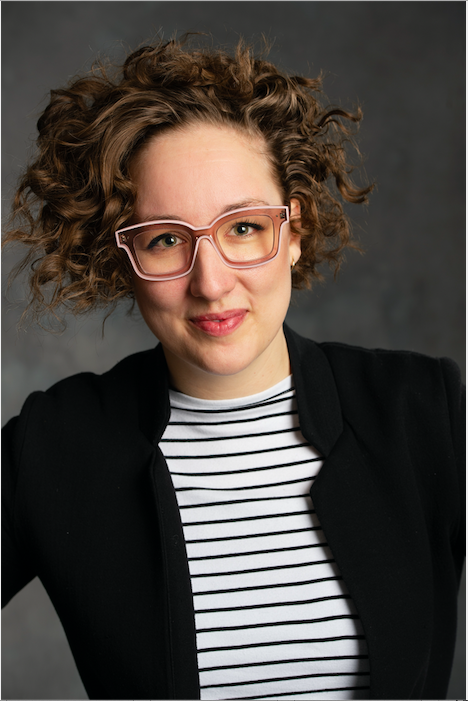 As some may know, in DART 3P42: Stage and Production Management we learn that as a stage manager you must always be thinking through to the largest further consequence. Thankfully, I’ve embedded these practices in my brain and found that they transferred to observing work in process at the Shaw. When in the rehearsal room,  I tend to take immediate interest in how challenges and logistics are dealt with from one SM team to another. For example, Just to Get Married is super-heavy on hand props, so ASM Théa Pel showed me how she works with a ground plan and a scene-by-scene (an SM document I will go into detail in a future vlog) to ensure everything is in its proper place. When positions of actors, sets, props are adjusted, it’s communicated in the rehearsal notes.

In the coming weeks, I will be taking you with me through a series of vlogs documenting  several days at the Shaw Festival: Rehearsals, tech periods, show calls… all the excitement in repertory theatre!

So, stay with me…as I take you along on a new journey in my almost-post-DART life.