Please Turn ON your Cellphone: “That Syncing Feeling” at SummerWorks 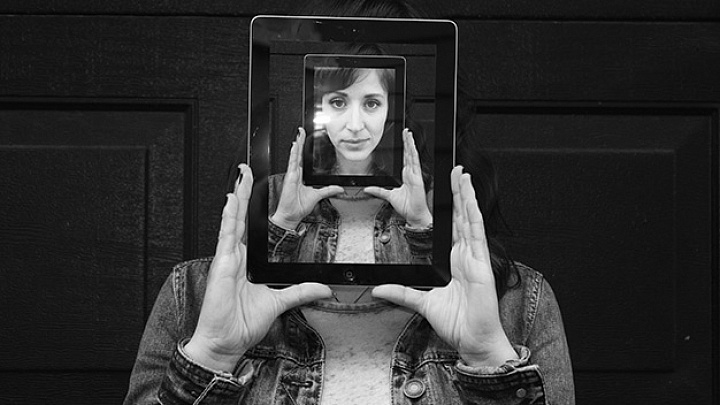 Immersion at its best. That Syncing Feeling features two outstanding, stand-alone “experiments” that link strangers together with the use of text messaging, probing the nature of technology and how it’s affected our interactions as human beings.

Outside the March Theatre Company showcases Tethered Together by Simon Bloom and Richard Lam and I Wish I Was Lonely by Hanna Walker and Chris Thorpe, to hypothesize the personal “connection” (pun intended) to the black bricks that vibrate in our pockets.

As a newbie to the streets of Toronto, I am frantically trying to find the “The Lab” on Queen Street West at 7:54. A man in a bright yellow SummerWorks shirt (saviour of my day) notices little frantic me running with a ticket in hand. He waves his key-fob over a security scanner and says, “Go up to the third floor, elevator’s to the left.” After the sketchy ride up, the elevator doors open to reveal a brightly lit office, where lab assistant Lauren Walsh-Greene is about to begin the first immersion experiment, Tethered Together.

Without hesitation, I provide Lauren with my phone number by writing it on a yellow card which she places amongst another 20 cards all belonging to participants. Either in groups of friends, or flying solo like myself, we wait until lab assistant Lauren finishes pairing up the participants’ phone numbers, then takes everyone into a tiny conference room to begin the experiment.

The instructions are to grab a pair of headphones and MP3 players and listen to a mini questionnaire, led by Sebastien Heins, and then send our responses to a secret friend. This interaction with your new friend remains anonymous throughout the duration of the experiment; not having to reveal your identity is quite reassuring when sharing deep personal insights with a complete stranger. This concept forces audience members to reflect on their inter-personal connections, though my secret friend had issues communicating his/her emotional response to Jack Johnson’s “Banana Pancakes.”

Besides this mishap, Tethered Together brings strangers together to think about the everyday connections we make with the people we know!

Afterwards, Alex McCooeye and Nicola Elbro welcome participants into another conference room, to present I Wish I Was Lonley. The title screams introversion, but it’s actually extremely alluring in investigating the habits of communicating through technology. More performative than the first experiment, Elbro and McCooeye allow and encourage participants to answer phone calls or reply to text messages during the performance. Ebro and Mcooeye have great chemistry as they work together to share stories about lost connections and misunderstood text messages. Ebro and Mcooeye establish a warm and friendly connection at the beginning of the show, which develops into a deep emotional ride by the end. I Wish I Was Lonely enforces the idea that we shouldn’t hide our true feelings behind a glass screen; “be straight up but don’t be a dick about it.” The performance is not over yet, as pairs of audience members make promises to meet up again after the performance on their own accord, without exchanging phone numbers (in high hopes they don’t forget where they’ve agreed to meet). The point of this social experiment is to be able to connect with someone and ditch the busy signals or dropped calls that sometimes can cloud our messages to the ones we care about.

Technology isn’t detrimental towards the future of human interaction, as it gives us the ability to type in a 10 digit code and say “I miss you” to the ones we care about, no matter the distance between one another. That Syncying Feeling encapsulates that warm feeling when you get a text message from the one that matters, and reminds viewers to really see and be with the person beyond the screen.