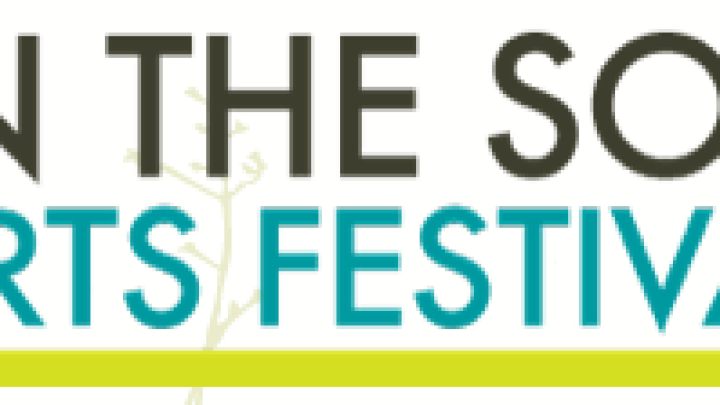 How can we write an ending to a weekend that has been the most hectic, fun, and inspiring experience we’d had since making this little ol’ town our home? We aren’t quite sure, but we’re definitely going to try.

If you loved In The Soil as much as we did, then your brain is probably still riddled with memories from last weekend. To help you digest a full belly of creative inspiration, we followed up with some of the festival’s artists and engaged in post-show reflections. However, our interviews are over and this final post will mark the end of our 2014 In The Soil Arts Festival coverage. I know, it’s quite sad. We ask that you don’t pull out the Kleenex and hankies just yet, because we want to give you some thoughts to walk away with as we provide an overview of this year’s festival.

We sure dug all the innovation that went into designing this festival’s programing. Hats off to the In The Soil administrative team for bringing in such a wide variety of artists, all of whom seemed honored to partake in this weekend of creativity. Their programing offered a taste of everything, but what stood out in particular was the wide range of participatory events working in contrast to the traditional artist-audience relationship. “They look like… zombies” said a-PIE-calypse-NOW!! actress Katelyn Lander, as she searched for a term to describe the large motionless crowd sitting in front of her. Misleading as that remark may be, audiences were friendly, upbeat and full of pep – and a-PIE-calypse NOW!! wasn’t the only show to call attention to the state of its spectators.

Performances such as Midway Along the Journey of our Lives actively involved the spectator by leading them along a series of site-specific performances throughout the city. An undertaking that certainly requires a giving and engaged audience. Midway is a perfect example of the festival’s innovative programming and – in case you haven’t noticed – it was one of our personal favorites. It pushed the boundaries of immersive participation further than anything we had seen, making the audience not only a character but the play’s protagonist whose objective drove the narrative’s action.

Other shows such as Rituals of The Unfamiliar used the concept of participation not so much as a theatrical game, but as a chance for the audience to learn something about themselves. What will happen when total strangers write to each other? The answer will be something different for everyone, but I guarantee you will no longer see that person as a stranger. Many of the Rhizomes also involved some form of audience engagement. From sitting in a fluffy mushroom dream room to crawling through a makeshift cave, the distinct and different ways each Rhizome chose to engage its audience is what made the experience so fantastic.

We also found it exciting that so many friendly faces from Brock University were milling about the festival. Many Brock students volunteered to help as coordinators, technicians, ushers, guides, laborers, et cetera. Without this workforce of volunteers, the festival would not have been possible. The weekend was also swarming with creative entries from Brock students, such as Fox Trail who rocked the socks off the Merchant Ale House in their Saturday night performance and managed to get everyone (including Dramatic Arts professor Danielle Wilson) chanting “ONE MORE SONG!” We were proud to be Brock students, not only because of the school’s wonderful showcase of talent, but the supportive and encouraging atmosphere that our fellow classmates cultivated.

Of course we can’t forget the two productions from Brock that we have been following diligently over the last few weeks. To everyone from both Twitches and Itches Theatre and Dragonfire Players: congratulations on the successful run of your shows. Thank you for providing learning opportunities for your fellow students – our community is in need of artists such as yourselves. We look forward to following the progress of your work and hope to see you again at next year’s festival!

We would like to thank our professor Karen Fricker for providing us with our first professional writing experience – it’s a job we won’t soon forget. The Fricks is in Copenhagen right now for Eurovision (she’s something of an expert), but we know she would have dug the festival as much as we did.

Lastly, we would like to thank you, for following our coverage over the past week. If you have any comments, concerns, or cucumbers (as Colin Anthes would say), feel free to dialog with us in person, in the comments, or over Twitter. Our door is always open.

So, to answer the question at the top of the page: how do you write an ending to a festival as awesome as this one? You don’t. It is our hope that you will continue to engage with the ideas presented to you over this past weekend and – if you’re artists like us – that the work you saw here will inspire your own creations. Until next year everyone! Keep digging it.