Retelling a beloved tale: Design triumphs in The Lion, the Witch and the Wardrobe 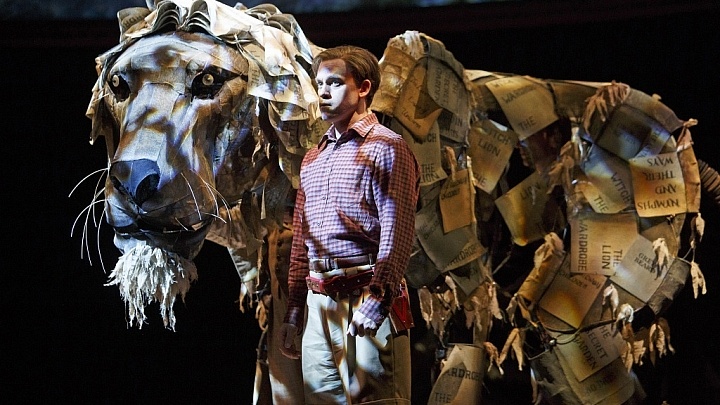 Talking lions, beavers, and fauns, oh my! Brace yourselves for an evening of spine-tingling magic, ancient prophesies, and extraordinary creatures — The Stratford Festival and director Tim Carroll’s production of C.S Lewis’ The Lion, The Witch, and The Wardrobe will awaken your inner child and your imagination. 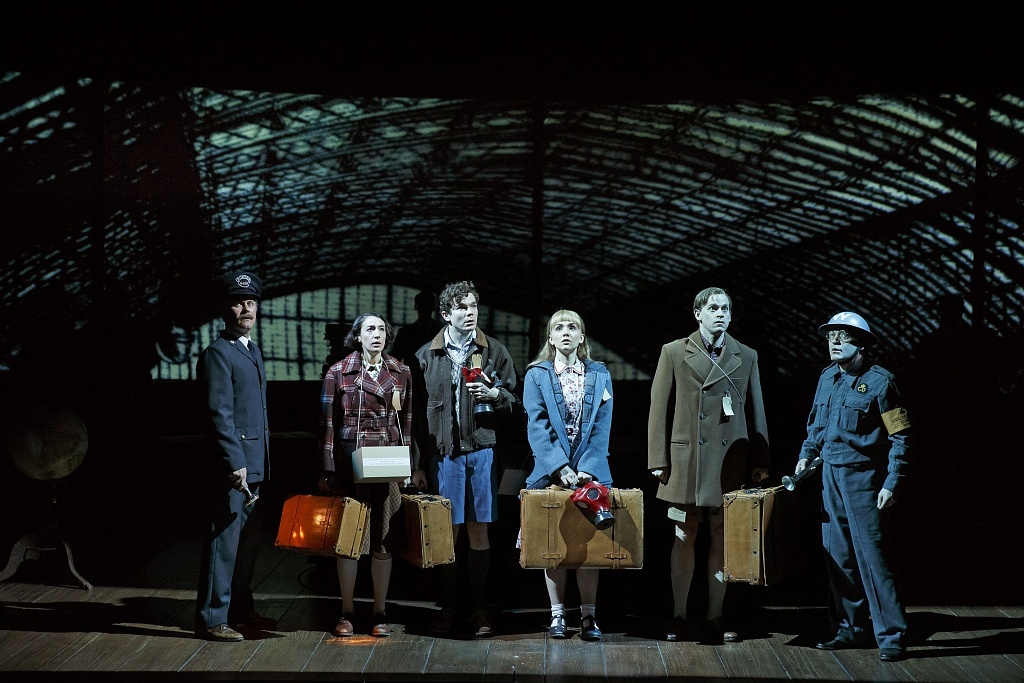 Members of the company in The Lion, the Witch and the Wardrobe. Photography by David Hou.

The Lion, The Witch and The Wardrobe follows the story of the Pevensie children: the eldest of the group and self-appointed leader, Peter (Gareth Potter), the logical Susan (Ruby Joy), the mischievous Edmund (André Morin), and the kind and curious Lucy (Sarah Farb). In the midst of WWII, the children are evacuated from London to a lavish home southeast of the city. Upon arrival they are greeted (if you can call it that) by a stingy and imposing housekeeper, Mrs. Macready (Rosemary Dunsmore). In comes the Professor (Tom McCamus) to their rescue, a whimsical man with pep in his step, who encourages the children to explore all ends of the mansion.

Grand statues, suits of armour, and works of art litter the halls and rooms of this estate, but it’s the wooden wardrobe in the spare room that catches young Lucy’s eye. What she finds inside is not your average coat closet, but a serene forest blanketed in snow, and a mysterious lamppost. This encounter introduces the Pevensie children to the world of Narnia, its creatures – and the realization that they belong in this place for profound reasons that unfold throughout the evening.

Carroll has, along with costume designer Dana Osborne, set designer Douglas Paraschuk, and projection designer Brad Peterson, assured that the original story is omnipresent in the show. Through the use of what appears to be pages from C.S. Lewis’ novel, the lion puppet representing Aslan (voiced by Tom McCamus, operated by Colin Simmons, and pictured, with Gareth Potter, in the featured image by David Hou) acts as a symbol of the spirit of Narnia and of Lewis’ imagination. Paraschuk’s clever use of pages from the novel to also appear as snow on the forest trees is so subtle I had almost missed it — this meticulous attention to detail in bringing the pages to life on stage brought me back to the magic and wonder of being a kid again.

Sara Farb as Lucy in The Lion, the Witch and the Wardrobe. Photography by David Hou.

Present throughout the show is a long, weaving bookcase that lines the sides and back of the stage, with the two back panels lifting and descending throughout. The seemingly everyday piece of furniture transforms into a projection screen that transports you through the world of the play — one moment you are in the winter woods of Narnia, next you are soaring through a clear blue sky with words from the pages of The Chronicles of Narnia dancing in the wind. This is a common theme in the projections, as to remind the audience of the words that brought the production to life.

Though the program cover indicates that this is a “Schulich Children’s Play,” I found the acting, while full of zest and high energy, patronizing at times. The White Queen (Yanna McIntosh) is a prime example of this — rather than the cold, etherial, and regal character I was expecting given my knowledge of the books, I was instead met with an exaggeratedly sinister cartoon character whose maniacal cackle reminded me of a Disney villain. Potter, Joy, and Morin, though they are considerably older than the children they are playing (who range in age from 10 to 13) did well in not hamming up the childishness: they played the honesty of the characters in their obvious amazement of the world they become swept up in. The same can’t be said for Farb: While she was lively, charming, and enthusiastic, her mannerisms and voice as eight-year-old Lucy felt that she was overcompensating for her actual age — her speech was high-pitched and almost toddler-like, reminding me of the way people talk to dogs and babies.

The Lion, The Witch and The Wardrobe is, with the exception of some-bordering-on-condescending line deliveries, an adventure for all ages — the stars of this show were truly the design teams who, with a little magic of their own, have brought their own flair to a timeless tale.