Fun at the Festival: “At Wit’s End” is not to be Missed 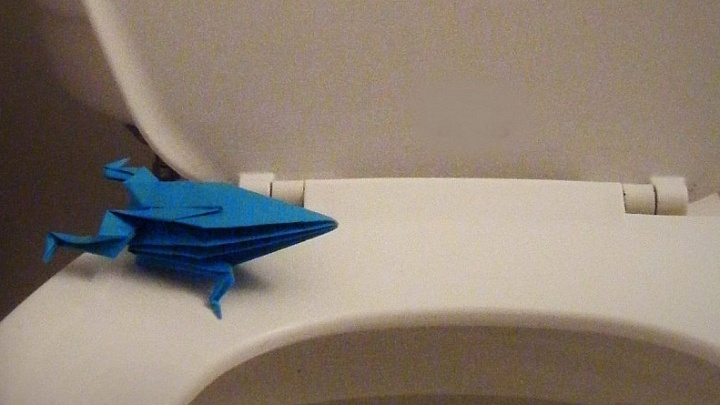 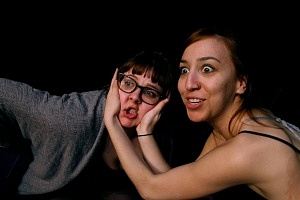 What do frogs, shoes, veal, and shampoo have in common? Besides the obvious answer (absolutely nothing), they make up some of the hysterical elements of Refraction Theatre Collective’s production of At Wit’s End.

Showing at the Robertson Theatre during the In the Soil Festival, At Wit’s End — directed by Nicholas Leno — explores two major themes: addiction, and the fascination people have with being better. The play begins with Emma (Nicola Franco) running into a store bathroom, holding onto a shoebox. A voice starts yelling at her to come out, and three people run into the bathroom to try and steal her shoes. Through playful physicality, the dangers of capitalism are explored in a light, comedic way.

We are gradually introduced to the other three characters: Chris (Eduardo DiMartino), Emma’s uptight, posh boss who invites her out to the orchestra; her boyfriend, Josh (Sean Rintoul), a twenty year old “man child” who is an aspiring entrepreneur — but currently works at Foot Locker; and Jean (Hayley Malouin), the woman who cleans the store bathrooms. Two story lines begin running in parallel.  The first: Emma has passed out and been locked in the bathroom with Jean, and while she is desperate to find the shoebox she lost, Jean is paying more attention to her paper frog. The second: Josh meets Chris at Foot Locker when he, following his therapist’s advice to get a hobby, comes in to buy a paddle. Correctly assuming that Chris is a smart businessman, Josh proposes his idea for a shampoo promising self-improvement. As the play progresses, the extreme measures people will go to in the quest to better themselves becomes a common theme.

Each character is painted in great detail by both the clever script and the work of the actors who brought huge amounts of energy and spirit to their roles. Using witty dialogue, music, and ingenious movement, the ensemble convinces the audience to buy everything they’re selling. 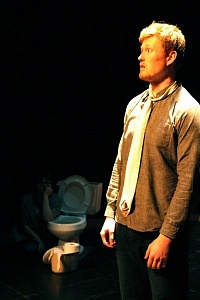 The two story lines play out simultaneously and are connected by Josh and Chris phoning Emma and filling her in on all their news. All of the action for both occur within the store bathroom; brilliant direction ensures that chaos, a risk run by such a contained set, is avoided. While one story is playing out, the other is either in tableau or moving minutely so as not to distract. Every aspect of the design (by Nicole Titus) helps keep the audience engaged in the world of the play; from the playful set — which includes a toilet and a large circle of sand — to simple costumes that clearly indicate who each character is.

The connection between the ensemble members is obvious, as is the fact that they are having just as much fun performing as their audience is watching. The character of Josh astutely notes that “people will do anything if you tell them it will help them get better,” and I’m telling you to go see At Wit’s End. You’ll reflect, you’ll laugh, and you’ll leave the theatre singing “Boogie Shoes.” And really, what’s better than that?