Shaw for today: Is this updated “Pygmalion” updated enough? 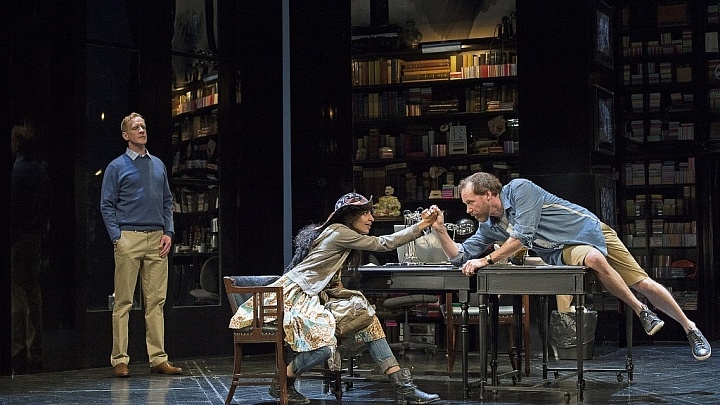 This review has been written in the context of the 2015-2016 Brock University Department of Dramatic Arts’ Theatre Criticism course. You can read another point of view on this production here.

Peter Hinton’s 2015 Shaw Festival production of Pygmalion casts a new light on a classic script by festival namesake George Bernard Shaw. The question is not whether Pygmalion can be transported into modern day London, but whether it should be.

Pygmalion is at its core the story of phonetics professor Henry Higgins (Patrick McManus), who takes in Cockney girl, Eliza Doolittle (Harveen Sandhu), and transforms her into a duchess fit for high society London.

Sandhu’s performance as Eliza is powerful. Her comedic acting style is just as vivid as when she demands attention in dramatic scenes. Led by McManus, who plays Higgins with an air of superiority that saturates the stage, Sandhu’s male counterparts are also talented actors, allowing their characters’ belittlement and condescension to hit home with the audience. 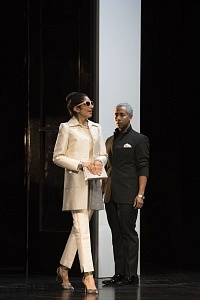 The production values of this show are exponentially high. A moving archway designed by Eo Sharp creates unique and diverse settings one of which is Higgins’ studio, complete with sleek high-tech equipment for his phonetics research. Stunning costume design by Christina Poddubiuk along with the presence of technology and projection (Beth Kates and Ben Chaisson) make for a brilliant contemporary setting. If only the script could have been brought into our era so eloquently!

Pygmalion was written in a time in which women had little autonomy. Eliza Doolittle is headstrong and compelling, and her sharp wit makes her an audience favourite. Shaw’s misogyny, however, which includes jokes about selling Eliza for nothing short of one hundred pounds, is blatant, uncomfortable, and has no place in 2015.

The one saving grace of Pygmalion is that it might prompt the audience to begin a meaningful conversation about classism in our society. Eliza says, “The only difference between a flower girl and a lady is how she is treated.” The play argues that we label those with improper speech as unintelligent and cast them aside. This leaves the audience with the idea that we shouldn’t stop at how people sound and what they look like in assessing their value.