Behind the Scenes from an Execution 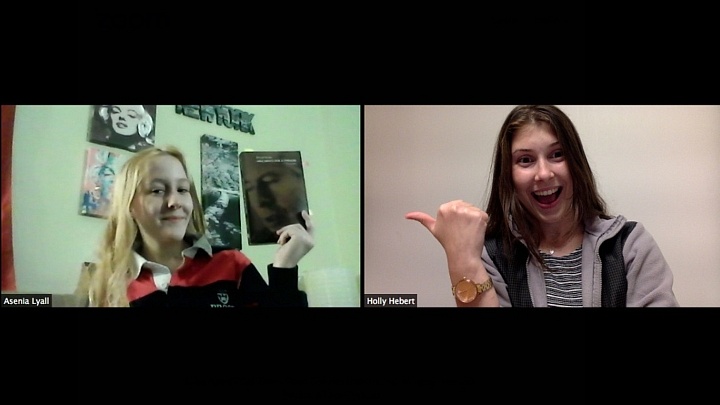 It is another school year, but a school year like no other. DART is online, the Mainstage is online, and there are new DARTcritics. The Mainstage is a play produced by the department in the fall and winter each year, typically in the main theatre space. DARTcritics is a website for Brock students to get hands-on experience writing theatre criticism. Holly Hebert and I are stepping in during a year when many things will be different than ever before – and a different form of theatre demands a different form of theatre criticism.

This term we are tackling the challenge of embedded criticism, reporting on a show from inside the rehearsal room. In this case, the room is hypothetical and will actually be multiple rooms linked together by video call. Usually, the job of the theatre critic is to keep the discussion about a production going after the curtains close. By writing from inside the production, the conversation begins long before curtains open. We will be reporting on the rehearsal process of the fall Mainstage, Howard Barker’s Scenes from an Execution. 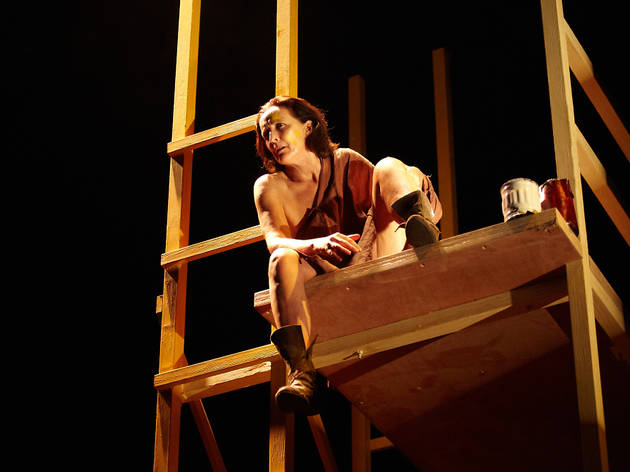 Fiona Shaw in the 2012 National Theatre (London) production of Scenes from an Execution, directed by Tom Cairns. Photo by Donald Cooper.

The work of embedded criticism is uncommon because it involves collaboration between the critics and cast. It is important that rehearsals can carry on with the same vulnerability and rigour. The role of the critic in this position is not to pass judgement on the work of the artists, but to offer a more intimate perspective into the process of creating theatre. There are no star ratings in this kind of criticism. Instead, we are exploring questions of how meaning is made in theatre, what makes this play important in this moment, and the challenges that theatre is facing during the COVID-19 pandemic.

Both DARTcritics this year are working on the fall Mainstage, giving us even more reason to report from the front lines. I am the production’s dramaturg and Holly is an actor. We have decided to report on Scenes from an Execution because we feel uniquely situated to do so. As embedded critics, we aren’t only observing the work of the cast and creatives but participating in our respective roles.

Holly will be reporting with videos recorded after rehearsals recounting her experiences throughout the production process. In an interview with me, Holly described using video as a means “to inch as close as possible to genuinely reporting on the rehearsal room. Engaging in vlog-style recordings following up on rehearsal’s activities can allow for my thoughts to be carried out simply and efficiently with clear memory.” These videos will be a casual and honest look into the work of the actor in this production. Her first video, which you can watch below, outlines her goals going forward and shares her experience participating in an online actor intensive that the whole cast is undergoing before rehearsals begin.

My job takes a different form. I will be writing articles reporting on different elements of the show, documenting the process from opening night to the final curtain call. I aim to capture my experience and to engage with other people involved in the show, sharing their perspectives as well. These articles will consist of documentation of the rehearsal process as well as interviews with members of the cast and creative teams.

Our goal is that sharing our experience with socially distanced theatre during COVID-19 will be an asset for other theatre practitioners. One of the challenges of making online theatre is that there is not a clear precedent to follow. There are a handful of productions to examine as research, though there are fewer resources concerning process work for online theatre in comparison to live theatre. Additionally, the immediacy of theatre has changed as it moves from the intimate setting of live actors in theatre spaces to virtual broadcasts for social distancing. We are aiming to report on the process as a reminder of the hard work that goes into making theatre. The work of embedded criticism also allows audience members to engage more deeply with the theatre they are watching and shares a process often kept behind closed doors with curious readers who want to know more.

Theatre as an art form has been forced to adapt to the circumstances COVID-19 has thrust upon us, and it has not been easy. This documentation can report on the process of theatre-making, as well as the challenges theatre practitioners are facing on the digital stage. The aim of these articles and videos is that by inviting audiences behind the scenes of Scenes from an Execution we can bring theatre practitioners and audiences as close as possible while maintaining six feet of distance between us.