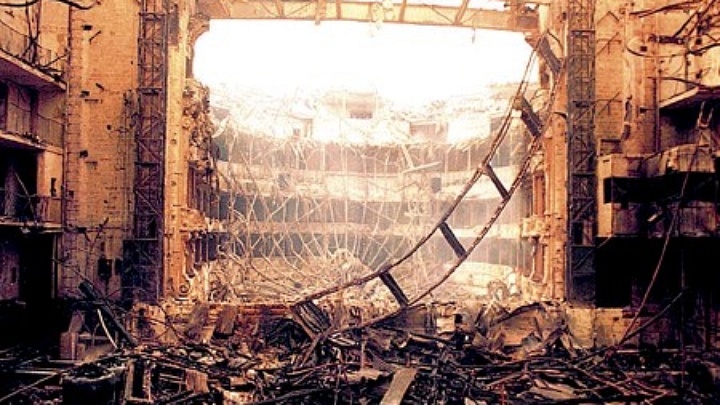 Hello DARTcritics readers! Kristina here, reporting from St. Catharines as the In the Soil Arts Festival is full speed ahead in preparations. As Leah already explained in the previous post, I will be writing from an inside point of view as I will be more or less directly involved with the creation of DopoLavoro Teatrale’s Inferno.

My journey with DopoLavoro Teatrale started with a meeting a few weeks ago. In the Soil Arts Festival’s artistic director Deanna Jones, who I have worked with before, told me about this production. Last year I was working at the festival in the Rhizomes build-your-own-adventure-style venue and since I enjoyed my experience, Deanna thought that Inferno might be something I’d be interested in.

All I needed to hear was Dante’s Inferno and “personal hell” and I was hooked. 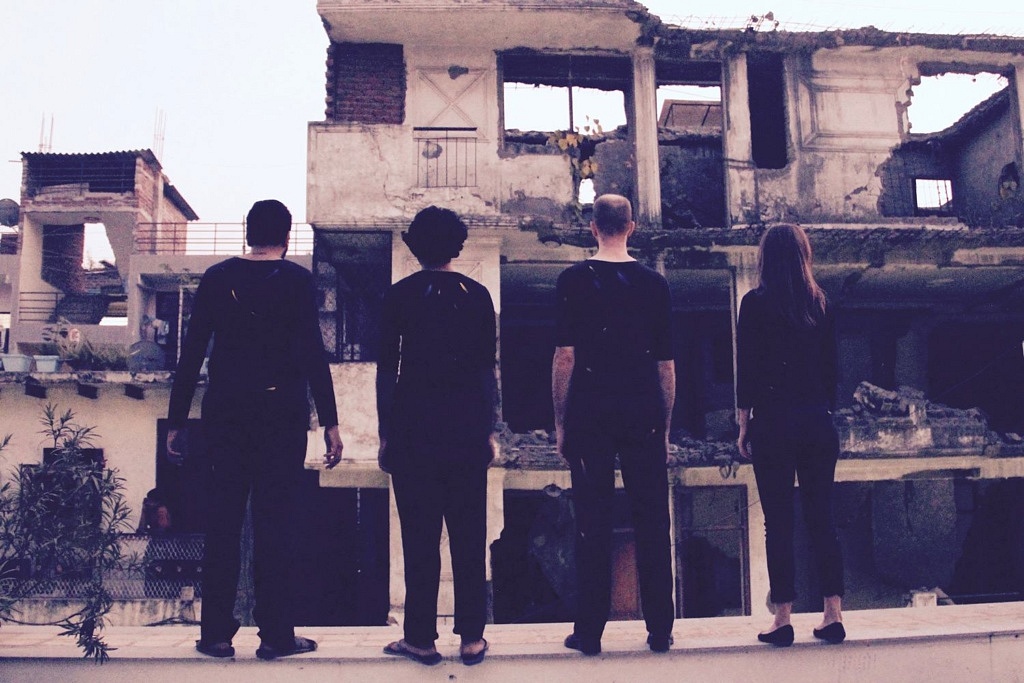 Members of DopoLavoro Teatrale in New Delhi, India on an artistic residency in 2016

Even though it seems a bit dark, I was very intrigued how the mystical nature of this show could be tied into (ultimately, it seems to me) existentialism – why are we here doing what we are doing. My meeting with Deanna, DLT’s artistic director Daniele Bartolini, and Raylene Turner (DLT’s production manager, a co-deviser of the show, and a graduate of Brock University’s Dramatic Arts department) was similar to Leah’s meeting as described in her post: the ideas and goals behind the show were introduced to me, as well as DLT’s overall artistic vision. I specifically remember Daniele explaining that in the show people will explore their personal hell, because we all have one or maybe even a few hells of our own. As I was interested how this kind of self-reflective and in ways intimate subject matter will be handled in an immersive theatrical experience, I jumped on board and waited for my next batch of information.

Mahtay Cafe, a hub for arts lovers in St. Catharines year-round, and especially at festival time

My first official meeting to inform me more about what am I getting into was on June 3. The night before I received an email about meeting details and I was positively surprised to see a familiar name alongside mine – Josh Loewen, a Dramatic Arts classmate who I’d not yet had the chance to work with on the same production. We meet at Mahtay Café with Raylene in downtown St. Catharines – very appropriate for the occasion since it is one of the most popular places during In the Soil. The meeting is quick, yet very productive and informative. As I had learned from my research about DLT’s previous works and in particular That Ugly Mess…, an immersive production in St Catharines in 2015, I was expecting to walk around to different locations that will be involved in the show, but we learned that we are being eased into a process of organized chaos. There will be a lot going on simultaneously which may seem chaotic, but Raylene assures us that everything is at all times under control.

One of the most important things she explains is that DLT’s goal is to take care of their audience members. “We like to treat them as loved ones,” she says. There will be a variety of participants but what they all have in common is the trust they put in DLT when they purchase their ticket and agree to go along on the ride. This production expects active audience participation, as they state in their show page on In The Soil website, where people who wish to attend are encouraged to sign up beforehand due to limited seating. We, as part of the team, have to be there for the excited familiar faces who already know DLT’s work, as well as for the audience members who may have little to no experience with interactive performances. 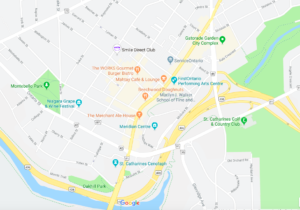 The most intriguing part about this project is that at each performance there will be a group of audience members, a maximum of 12 to be exact, possibly all of them strangers, who will meet each other for the first time and learn to make decisions together. For example, throughout the journey the participants will be asked questions about places that remind them of death, loss, mourning, and so forth, and they have to agree on a location within downtown St Catharines to go to altogether, even though everyone might have a variety of interpretations and understandings of those phrases. It seems to me as if one of the goals for this particular project is to build solidarity in differences.

DLT is very interested in the human experience of sharing space and connection. Raylene brought up an example from one of their previous projects where the participants had an hour-long conference phone call in the evening from the comfort of their own beds. While the creators had prompting questions, the group talked to each other without any particular conversational guidance, not knowing who the others were or how anyone looked. They met each other the following day at the performance place. This example helped me understand their expectations of groups of strangers to come together and find something in common. In this example the audience members got to know each other beforehand, whereas in Inferno they will get to know each other on the journey.

“We rely on you guys as much as you rely on us,” Raylene told us. This definitely felt reassuring since we quickly learned that soon we will be in charge of a group of people coming to experience something out of the ordinary. It is comforting to know that amongst the confusing chaos we will know exactly what will be expected of us. There remain answers we are not supposed to know yet; all we know is that “everything will be fine in the end,” as Raylene promises. For Josh and me, we’re definitely going back and forth between understanding our part in the show, and then questioning why are we there. I am in the process of figuring out if this might be just a part of me exploring my own personal hell of the unknown.

Stay tuned for updates, and make sure to check out DopoLavoro Teatrale’s Inferno – Experiment 1 at the In the Soil Arts Festival in St Catharines on June 8th and 9th.