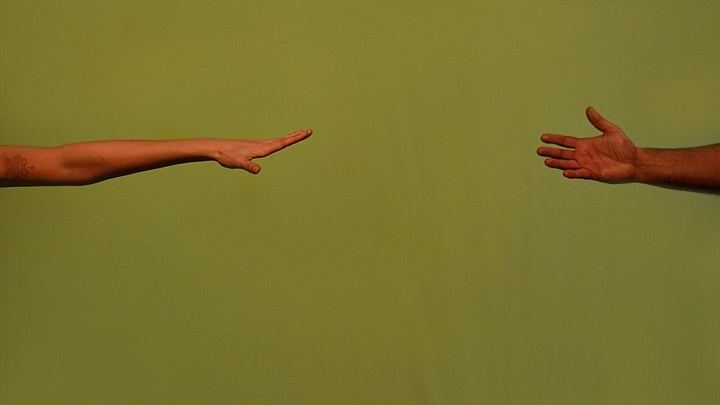 It’s been over a week since Essential Collective Theatre’s world premiere of Our Lady of Delicias opened at the FirstOntario Performing Arts Centre and I’m still bumping into people buzzing about it. Politically charged, hilariously delivered, and satisfyingly ambiguous, it’s a play that sparks discussion, discussion that – with the task of this piece in mind – we knew we wanted to foster and continue on the DARTcritics platform. 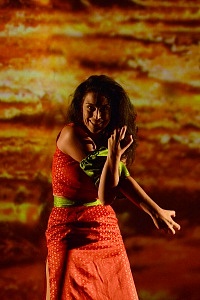 Carla Melo in Our Lady of Delicias. Photo by Cortney Peters.

With its mordant exploration of colonialism – past and present – in Central and South American contexts, unsettling environmental and mythological quandaries, and philosophical examination of movement and migration, Our Lady of Delicias is persistently and profoundly complex. Always at the forefront is the contemporary and – quite literally – close to home subject of migrant labour in Southern Ontario. In many ways, Our Lady of Delicias is a play both about and for a migrant worker audience; Essential Collective Theatre worked to make tickets and transportation to the show available to migrant labourers in the Niagara region, and the preview show was followed by a talkback at Mahtay Café with the workers who were in attendance.

It is through this initiative that Rangel Ramos was first introduced to me by Our Lady of Delicias playwright and Dramatic Arts professor at Brock University David Fancy. Rangel is connected to Our Lady of Delicias across several axes: originally a union leader from Colombia, Rangel is not only a migrant worker advocate, but has also worked extensively with David Fancy on education initiatives and is even the namesake for the character of Rangel, a Mexican migrant worker in the play. 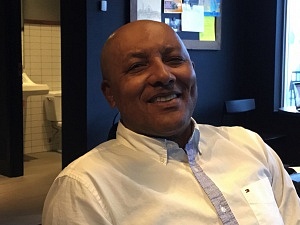 I wanted to speak with Rangel about his response to Our Lady of Delicias to honour both his entanglement in its creation and the importance of representing this marginalized community that – while on the doorsteps of the region – is largely erased and perpetually alienated from civic discourse. Understandably, Rangel reads the play through the lens of migrant worker advocacy and focuses a great deal on its representation of this community. As a theatre critic, I find Rangel’s response both refreshing and moving – particularly his analysis of its ambiguously surreal conclusion (what he calls a “miracle” below), in which the quotidian and the mythological elements of the narrative world explosively collide. It serves as a pressing reminder that the veil between on- and off-stage worlds is thinnest when political realities are concerned. Although the play is rich in metaphor, its characters are not thematic puppets; they reflect real people; their experiences reflect reality. It behoves us, then, to sit in this reality, which I present to you below in Rangel’s words. My sincerest thanks to Rangel for his generous and expansive response; un abrazo.

Can you tell me a bit about your history and involvement in migrant labour activism and advocacy?

As a Colombian union leader I was forced to escape to Canada in 2002 to safeguard my life. That year, 172 trade unionists were murdered in Colombia, and my name appeared on the top list of trade unionists close to being killed. My Confederation and the Canadian Labor Congress (CLC) made my arrival in Canada possible.

Stan Raper, director of the agricultural workers support centres, hired me as coordinator of the first support centre for migrant workers that would operate in the Niagara region, in Virgil, Ontario. It is important to note that, according to the Canadian labour legislation, agricultural workers do not have the right to unionize and for that reason the centres operate under the umbrella of the UFCW (United Food and Commercial Workers).

I was extremely surprised with the precarious work conditions and situations this huge group of humble women and men were forced to endure right here in North America, a first world country. From my experience as a Colombian trade unionist I found that the UFCW did not offer any real or tangible solutions to the problems of the workers even though they had enough research, documentation, [and] despite [the fact that] the program was created in 1974. 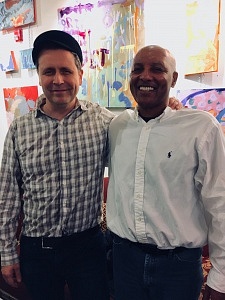 I decided to quit my position as coordinator and founded DOAM (Dignidad Obrera Agricola Migrante [Migrant Agricultural Worker Dignity]) to develop and implement my proposal of popular education with the goal of giving workers the necessary tools so that they could elaborate a plan of action in an autonomous way. This would allow them to prioritize their problems and the points that they should to address, without third parties deciding their priorities.

Erwin Rene Lopez, an agricultural worker, played a decisive role in the call and selection of workers who would participate in the training and educational processes. We started inside Tim Hortons, in the parking lots of the supermarkets; any place where the workers could be found.

I was fortunate enough to meet Richard Mitchell and [Our Lady of Delicias playwright] David Fancy, who without hesitation agreed with the idea and provided the necessary logistics to develop the proposal including transportation, food, classrooms, and everything necessary to formalize the idea.

The final result was that 112 workers were trained in popular education and developed an action plan. It is important to highlight the valuable participation of Alexander Ramirez in the whole project, who at the time was a student in political science. Definitely the flagship point of the action plan was the creation of scholarships for the children of agricultural workers.

What are your impressions of Our Lady of Delicias? What moments or elements of the show stand out to you? 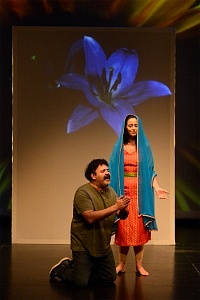 Juan Carlos Velis and Carla Melo in Our Lady of Delicias. Photo by Cortney Peters.

First of all, I am grateful for the enormous generosity of David [Fancy] in including my name in the work (tributes and recognitions must be given to the people in life if possible; after death they are less authentic).

The end with the miracle: I thought it was fantastic and consistent with the idiosyncrasy of Mexicans, who are very Catholic. This reminds me of a slogan that we used to raise our voices during demonstrations of the trade unionists in Colombia: “Enamorados de la vida, y resentidos con la muerte, a la vida por fin daremos todo, a la muerte jamas daremos nada.” [In love with life, and resentful of death, to life we ​​will finally give everything, to death we will never give anything]

How does Our Lady of Delicias represent or depict the complex situation of migrant workers and labour in southern Ontario? How can theatre, performance, and other art forms assist in migrant labour activism?

The play masterfully addresses and records a decades-old problem. The art was used as a tool for the service of human beings — especially more vulnerable groups — and communicated realities to the rest of society. In a very pleasant way, the dedication of Mexicans to their families was captured. It is totally true that Mexicans spend a significant amount of money on phone plans and calling cards, to communicate with their families twice a week on average.

Josée Young in Our Lady of Delicias. Photo by Cortney Peters.

The Canadian trade union movement should support and reproduce this magnificent work and create a film with subtitles in Spanish to be distributed everywhere. In the meantime it would be great to present this theatrical work in all the regions where there are agricultural workers.

Do you have any remaining thoughts, impressions, or contentions?

I think that the education strategy [currently in place and] directed towards workers is very poor and intentionally tends not to grant them power. I strongly believe in the capacity and wisdom of the workers. Union leaders must grow simultaneously with the workers.  If the union leader grows alone, they distance themselves from the members of the union, and if they grow over their leadership or exceed its limits it would be chaos.

Ironically, this approach and way of reading the trade union movement in Canada caused me to subtly isolate myself. I mean, the leadership of some unions do not accept [my] type of thinking because they can eventually lose their power and authority with the arrival of new leadership, [which is the way] it should be. For that reason I was forced to advance my proposal of popular education by my own; for many this approach is very radical and revolutionary.

When a system has so many inequalities, democracy cannot exist. The rationalization that there are only small mistakes in the way of building a perfect democracy is unacceptable. This kind of justification forces workers to live ‘eternally grateful’ for the ‘job opportunity.’

This interview has been edited and condensed.