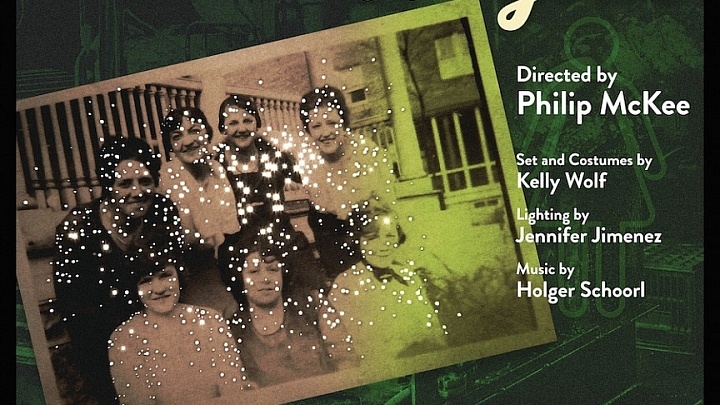 This winter’s Mainstage production at the Department of Dramatic Arts (DART) at Brock University represents something unique in departmental memory—the first time that a Mainstage is being directed by an outside professional, not a faculty member. The play is Radium Girls by D.W. Gregory and the director is Philip McKee, a Toronto-based theatre/performance creator, actor, and director. 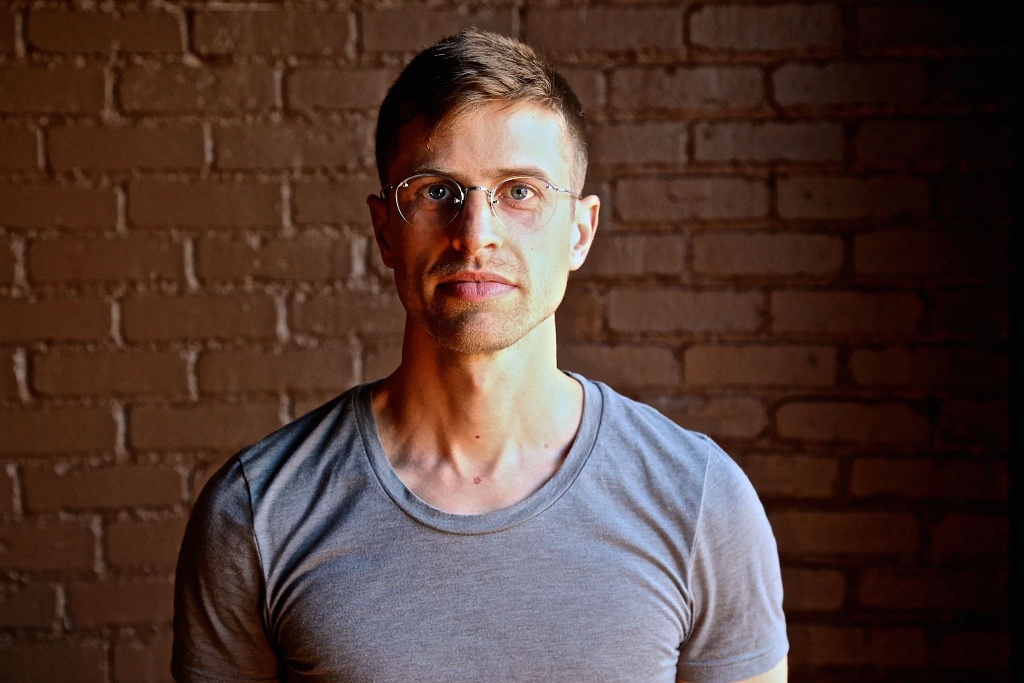 His background includes collaborative projects which have played at Tarragon Theatre, the Theatre Centre, Harbourfront’s World Stage, and Summerworks Performance Festival. These include LEAR (premiered at World Stage in 2013, and being revived in this year’s World Stage Redux season) and Bloody Family (an adaptation of The Oresteia, in development since 2012 at the Theatre Centre). He trained at the National Theatre School 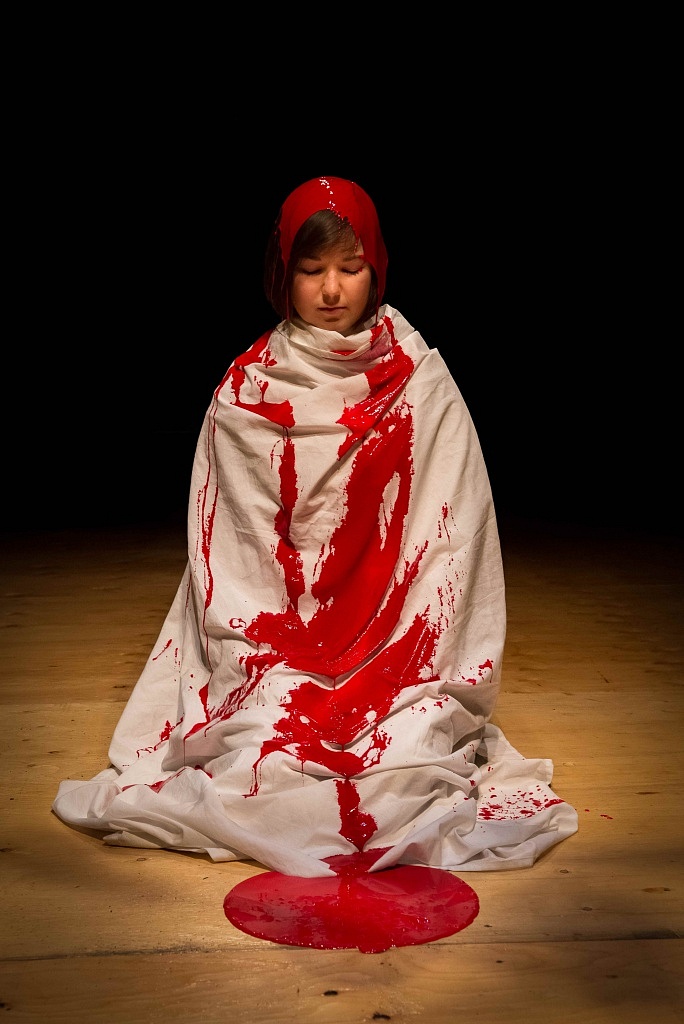 DARTcritics’ Sarah Bradford sat down with Philip to talk about his experience directing Radium Girls and about other of his projects.

DARTcritics: Thank you so much for taking the time to speak with me today. Can you tell us how you ended up here at Brock, directing our winter Mainstage?

McKee: Radium Girls was a project that had already been selected and cast by the department, then I was approached, I believe, on a recommendation by Karen [Fricker]. I had a meeting with Gyllian [Raby] and Mike [Griffin] (all three are DART faculty members—ed.) Previous to this I had taken a tour of your facilities, which are really amazing, and at that time I had expressed my interest in coming down to work here at Brock as an instructor—or anything really. I was very excited to hear that they were looking for a director for this play.

DARTcritics: What was it like, firstly having not chosen this show, but also having not been at the auditions for this production—essentially coming in blind?

McKee: Well, it’s not super-unusual. Certainly with my own projects I’ve been responsible for the casting, but when you work for other theatres or companies, it is something they typically do. In a way I like it, because I don’t need to waste any time thinking about whether I’ve made the right decisions; I just work with what I’ve got. I think all theatre making involves working within and around constraints. That word can have a negative connotation but it’s just the reality of what you’re working with, whether it’s the size of the theatre, the script you are rehearsing, the budget, the schedule, your actors, or your own imagination. Overall I think the casting has been great, and the characters have really come to life in conjunction with the personalities of the actors.

DARTcritics: So it was a welcome challenge?

DARTcritics: On the topic of challenges, in regards to your vision and hopes for the show, and the facilities and stage you’re working with, have you faced any challenges yet that you weren’t expecting?

McKee: I made the decision early on before rehearsals started with set designer Kelly Wolf to stage [Radium Girls] in the round—an arena seating. This is something that I am a fan of and have done before, but never with such a big cast. Part of the challenge is creating blocking that accommodates all the different seating positions. We have to keep the performers moving and stage it in such a way that nobody is left out. Another challenge is that it’s a long and ambitious play, and we only have a couple months to work on it. It’s a text heavy play, so the actors are navigating a lot of memorization. On top of that, there are 30-plus characters so lots of double, triple and quadruple casting.

DARTcritics: Had you read Radium Girls prior to being asked to direct it, and what were your impressions of the play?

McKee: I hadn’t heard of the play before I was sent the script. It deals with the issue of worker’s rights and women’s rights in a way that feels very relevant right now. In terms of form, it’s a very cinematic style of writing for a theatre piece with lots of jump cuts through time. If you’re looking for Aristotle’s unities, that’s not what you’re getting here. I wasn’t aware of how much support this show would have so, so when I read it I felt like there would be a lot of logistical challenges, but the department and our company has been more than up for the challenge.

DARTcritics: And what about the content of the play?

McKee: I found the piece itself quite brutal in the savageness of the experience of these young women. They suffered terribly and there is a lot of indifference toward their suffering, especially from the corporation they’re working for. It’s a very social-realist depiction of the plight of these people. There are very established gender norms and power dynamics that present themselves, which we have to depict in order for the plight of these women to be clear for the audience. That’s the nature of the piece, but I always ask myself about issues of representation and if we are just perpetuating these dynamics as opposed to proposing a revision of it.

DARTcritics: What are your plans after Radium Girls closes?

McKee: I’m working on LEAR, an adaptation of King Lear which I’ve done three different times in three different forms since 2011. This time it’s an adaptation of the adaptation, I suppose. I was asked by Tina Rasmussen at Harbourfront to do a remount for her season (April 5-9, 2017), and I said that I would be interested in doing something new in response to the history of the project. This time there is just a cast of two, Clare Coulter. It’s called LEAR: A Retrospective. Clare and I are examining our collaboration and relationship, the project over the years, and the source text itself. 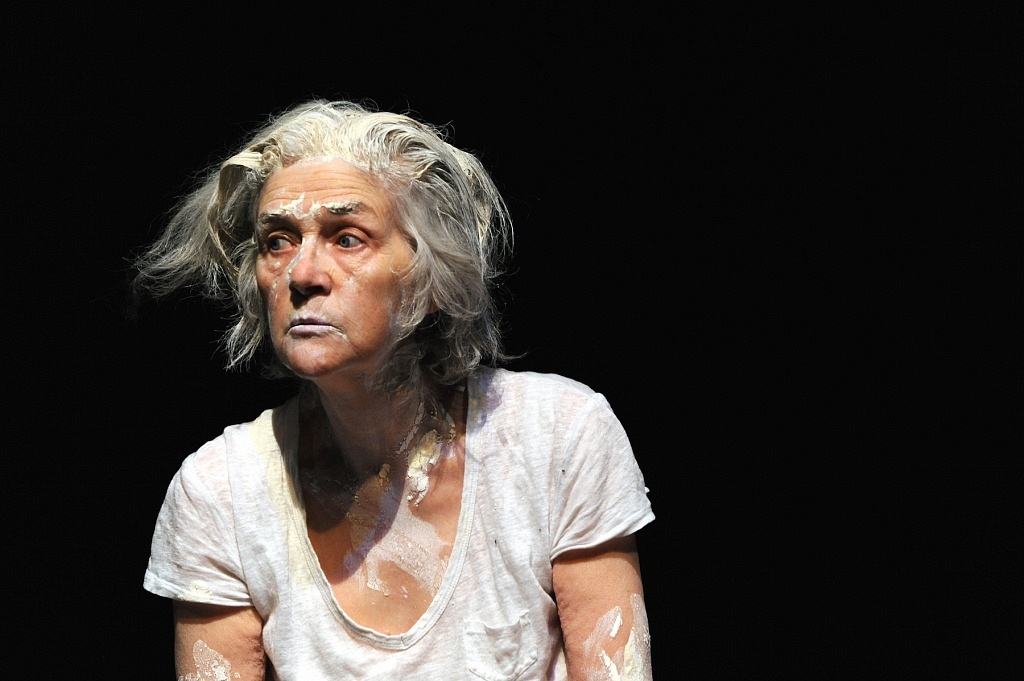 Clare Coulter in LEAR in the 2013 World Stage at Harbourfront. Photo: Guntar Kravis.

DARTcritics: Would you consider coming back to work at DART after Radium Girls ends? If you could choose, what role would you like to take on?

McKee: I would love to come back to Brock. My experience has been really great and it’s been a pleasure working with the students and collaborating with faculty members and staff.

DARTcritics: Is there a play you would want to work on?

McKee: There are scripts that come to mind that I’d love to work on. There are some contemporary adaptations of [Henrik] Ibsen: his work is still very strong in its capacity to offer social critique, but I’d like to update some of the experiences of the women depicted. There are also plays by Caryl Churchill which I’ve always wanted to direct which have larger casts so are rarely performed.

Tags: Brock University•D.W Gregory•DART Mainstage•Philip McKee•Radium Girls
OlderWe are not alone: The Company Theatre’s “John” takes your breath away
NewerOn the fictional farm: Behind the scenes of ECT’s production of The Drawer Boy 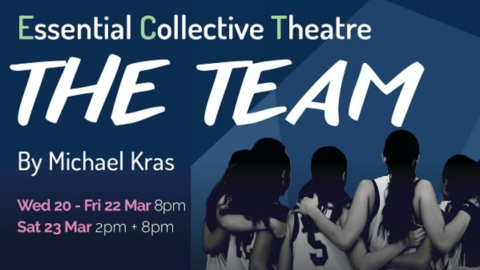 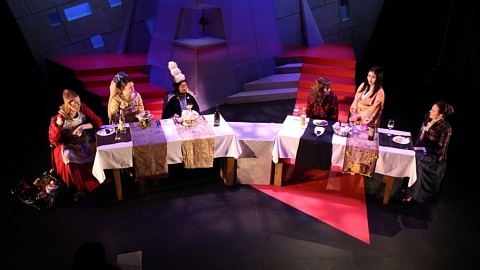 Tarndeep Pannu writes, The DART Mainstage talkback is an integral part of the mandate of our Dramatic Arts degree. It brings the praxis element of theatre, the... 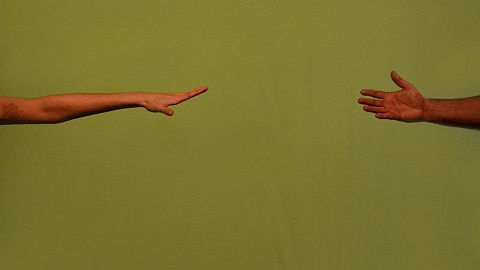