The magic of STRUTT 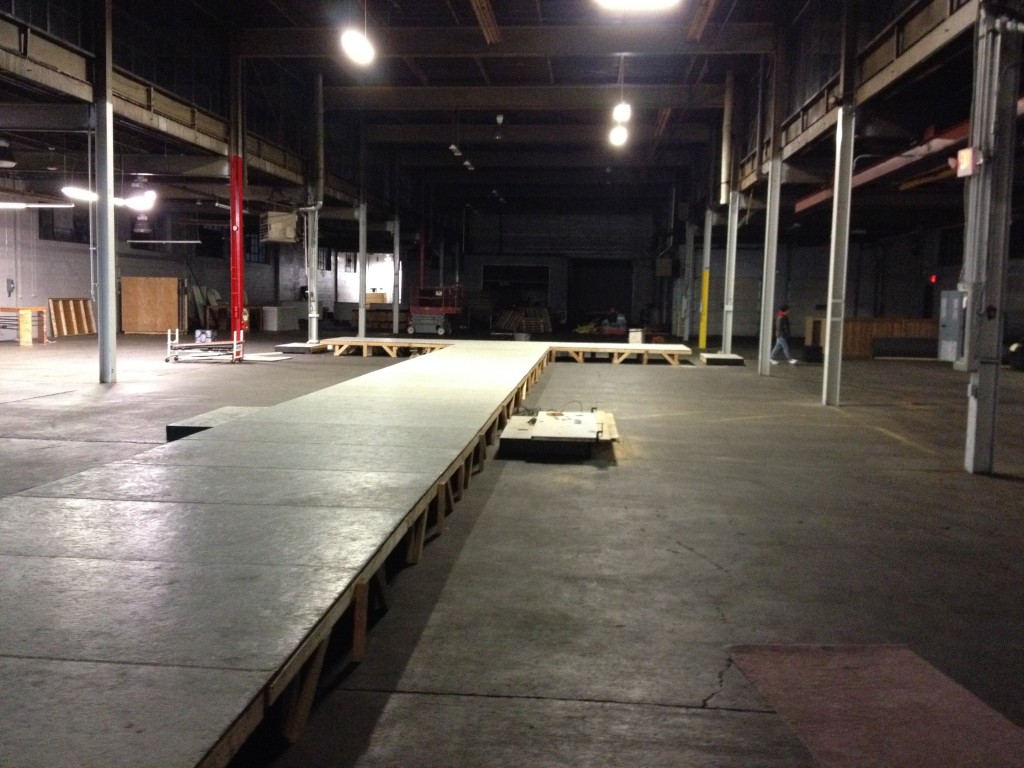 DARTcritics Connor Chabot and Alex Franks stopped by the WS Tyler factory last week to see how preparations for STRUTT were coming along. They found that the runway — where all the action happens — was starting to take shape. 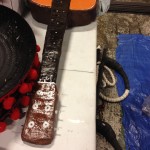 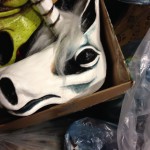 Intriguing parts of art works and live acts are starting to appear around the space…. 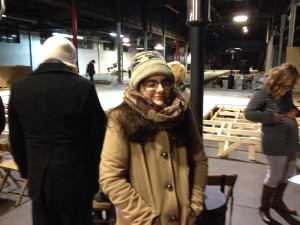 DART student Alexandra Tomulescu, who is modelling this year for STRUTT, braves the internal weather

And director Deanna Jones is putting the evening’s action together, choreographing the presentation of art works to recordings of music by the Acadian band Radio Radio – who on the night will be playing live! Cast and crew alike are bundling up inside the frigid Tyler space, which on Saturday night will be warmed up by over 1,000 bodies as well as the factory’s heating systems.

Connor Chabot, Alex Franks, Jeremy Knapton, and Spencer Walker are this year’s DARTcritics behind the scenes reporters at the STRUTT Wearable Art Show. Here’s a report of their second encounter with the production: 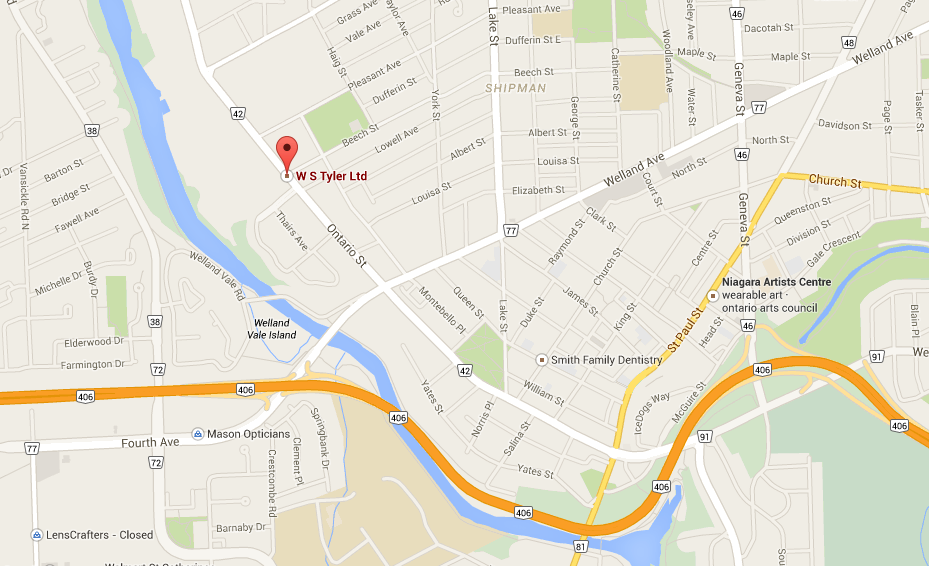 The first challenge in our second encounter with STRUTT was finding the place! Luckily the event is being held in the same location it was last year – the WS Tyler warehouse on Ontario Street – so eventually we were able to find our way there.

On first glance the space doesn’t look like much, but what we saw is just the beginning – soon there will be a massive runway stage here. The director, Deanna Jones, told us that they take a number of factors on board in choosing the location, from the size of the expected crowd to safety concerns. We got even closer to the project when we did some light walking for the official photographer getting ready to shoot the day’s events, as the artists arrived to drop off their art pieces and meet their models for the first time.

Taking a tour around this massive warehouse space just made us more excited for this show. It looks like one of those epic rave spaces you see in movies, with a great industrial artsy feel to it. We could just picture this place on the night, absolutely lit up and filled with people. We met up with Annie Wilson, the stage manager, and she took us through some of her processes for managing scheduling, administration, and changes in the performance.

In order to keep the suspense going we didn’t take full photos of the art pieces, but we did snap some sneak peeks, and chat to some of the artists (the full pieces are brilliant and worth seeing – we can assure you). 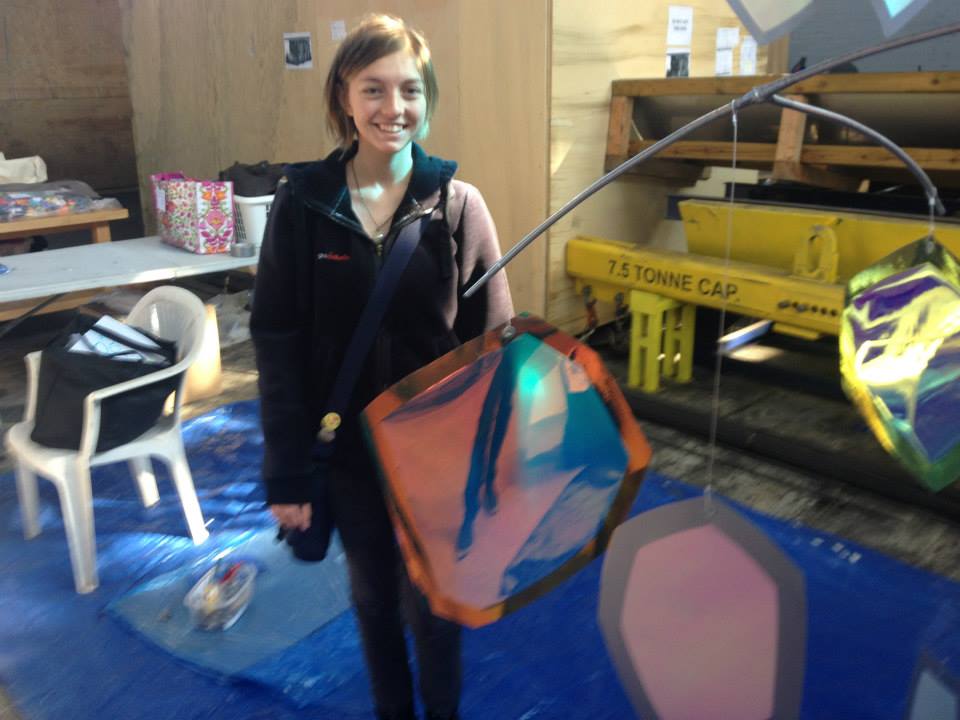 This is Danielle Mackie’s third year participating in STRUTT; she first got involved while she was in high school. Her piece this year is inspired by an Alexander Calder mobile, and will be worn by three models.

We ran into Tara S. Johnston as she was fixing her art pieces before delivering them. Tara graduated from our DART program last year and is currently studying for the MA in Studies in Comparative Literature and the Arts degree at Brock. She has been a STRUTT model for several years, but this is her first year making an art piece for the show. She’s submitted two Futurism-inspired pieces under the group title “Social Suicide.” 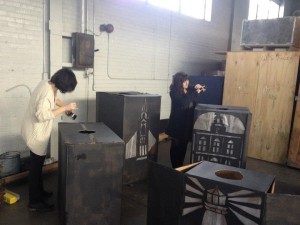 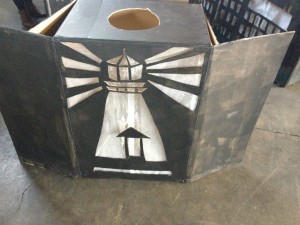 Brittany Brooks and Kelly Mischak have been collaborating on STRUTT art pieces for three years. Their piece this year “Shadow Box Ballet” is a multi-person piece based on St. Catharines landmarks.

We also met some of the STRUTT models, including our DART classmate Kendra Neaves, who first heard about STRUTT when she was a student in this class a year ago! Another model, Kiera Robertson, gave us quite a bit of insight into the show’s performance aspects. Getting involved requires a headshot and a written overview of prior movement and dramatic experience, as well as an in-person audition. Annie Wilson commented further on this, underlining that they are looking for performers who have dance experience, can keep a beat and have a sense of rhythm, and then look to match the performer with the specific art work. Most of all, though, Deanna Jones says, the company’s definition of an invaluable performer is one who is eager to perform and takes pleasure in performing.

We asked the staff what was going to be different about this year’s STRUTT. They say they’re striving to make music an even bigger part of the experience than before, with an emphasis on pop and a high-energy feel.

It was exciting to start to see things starting to fall into place around this year’s show. What starts out as bits and pieces of art works are going to become something magnificent. The evolution of the show will continue until it’s time for the big unveiling on the night of 22 November! 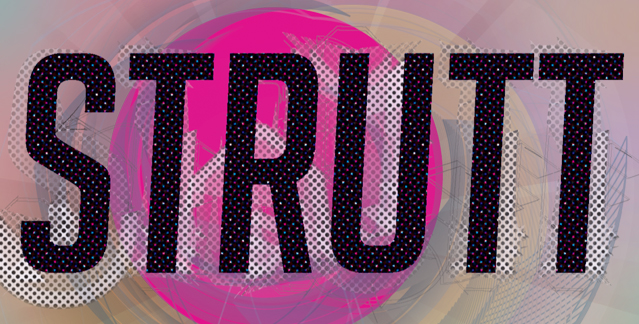 Alex Franks, Jeremy Knapton, Connor Chabot, Spencer Walker, and Hayley Clifford write: What is STRUTT? As the name might imply it is an opportunity to for artists to strut their stuff! STRUTT is a wearable art show that combines artistic fashion, performance art, music, and the energy of a whole unique community. 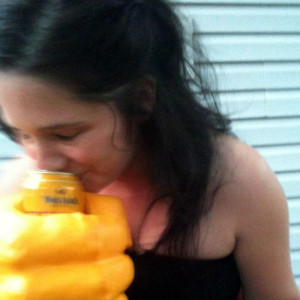 A few words to describe our first STRUTT embedding experience? Relaxed, exciting, unique, connectivity. The meeting took place at the headquarters of the Niagara Artists Centre on St Paul Street in downtown St Catharines; NAC was founded in 1969 and is one of the oldest artist-run organizations in Canada.

Before our meeting started we got to tour the building, which is a testament to how important NAC is to the arts in St. Catharines. Local artists’ works hang on the walls for the whole community to enjoy free of charge. In the back room there are three motel sets that Natasha Pedros, the Centre’s Minister of Communications and Inland Revenue informed us were used by artists for photo shoots and filming videos (Oh, and as for that interesting job title, Pedros says, “We like to change our titles every so often. It’s really funny when you apply for funding and you go ‘Hi there minister of so and so, I am the minister of Communications!’’). What’s unique about this back room is that it changes constantly based on artists’ needs. When our whole group arrived we started our meeting sitting around a heart shaped tub — kind of like you would see in a really cheesy motel in the ’70s. 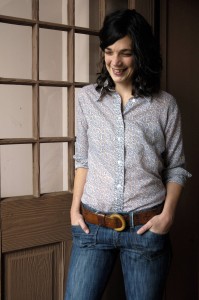 We met with Deanna Jones (artistic director of Suitcase in Point theatre and director of the STRUTT runway show), Annie Wilson (general manager of Suitcase in Point), and Pedros (who, interestingly enough, like Jones is a graduate of the Dramatic Arts program at Brock!). We also met their mascot, a little dog named Lumpy, who was very excited to meet all of us. From the moment we sat down with all of them there was ease of comfort. We learned about the history of STRUTT — how when it started 15 years ago it was a fundraiser to showcase wearable art and had 40 participants. It grew and grew and grew, changing venues and even coming to Brock at one point.

It was after the year at Brock that they decided to make STRUTT less of a fundraiser and more of a programmed event so they could apply for funding and pay artists for their work. At that point, also, Suitcase in Point stepped in, and the show became a performance event with dance, music, and drama. It was interesting and exciting to hear how a small fashion show has now become one of St. Catharines’ largest artistic events. It’s also pretty cool that Suitcase in Point helps artistically direct the event because our department has such close links with the company.

The first question on our mind was how the event starts every year. Well, they said, it starts with the submissions. The only rules are that the wearable art piece must be original, have artistic integrity, and be feasible to make. Jones said that a larger theme often comes from the collective unconscious of all the artists in the community, and that this year a certain form of theatre is going to bring us along for the ride. Another important component is the music: this year the team has selected Radio Radio, an Acadian hip hop band from Nova Scotia, who will provide a high-energy live soundtrack for the runway show. We got to listen to some of their their new album Ej Feel Zoo at NAC and feel as though they have the potential to make this one memorable show! 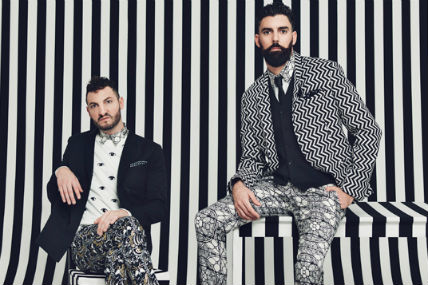 Jones and Pedros underlined that STRUTT is not exactly a fashion show, more of a satire of haute couture. There is no judging, no unnecessary subjectivity: the show is made completely by and for the artists. Submissions are encouraged to be as fun and creative as their creators can make them. If the artist so chooses, they can create a visual metaphor or a critique on society, or even both, but they are just as open to create a pure visceral spectacle, all in the spirit of fun and artistic expression. The team also said that they were intending to ramp up the parody aspect of the show, which will only help in showing off even more spectacular works made by the aspiring artists.

One question that followed on from this was set design — how it factors into a show like STRUTT. It was interesting to hear that, starting with the basic necessity that the stage include a long runway, they try to make it a little different every year, to help connect the themes of the artists’ works to the staging.

It was an honour to meet the team behind the magic of STRUTT, and it was also encouraging to hear how involved they wanted our embedding team to be with this project. They have asked to get involved in motivating people to come see the show through social networking and word of mouth. In the coming weeks we will get to meet a variety of the artists involved in different aspects of the show, and watch the load-in into the WS Tyler warehouse, where the show is taking place this year. From Tweeting to blogging to just being as inquiring as possible, we hope to have a great experience in the weeks to come, as well as seeing a great show!