Back to the Future: “The Tale of a Town – St. Catharines” Inspires Hometown Hope 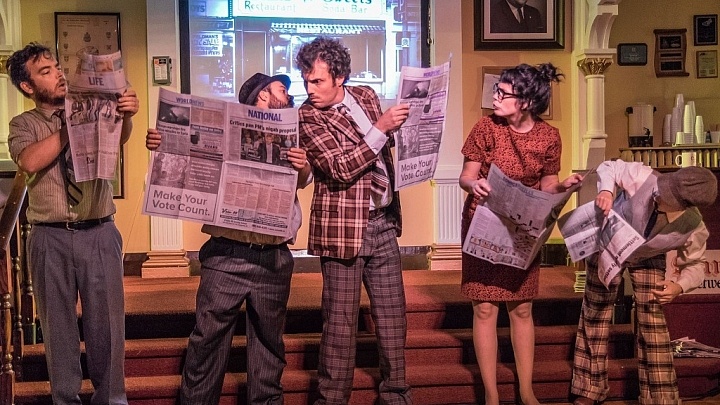 The Tale of a Town- St. Catharines is an interactive and witty production, performed in the heart of St. Catharines at the historic Odd Fellows Hall. It opens viewers’ eyes to all that the downtown core of St. Catharines once was, and encourages them to imagine what it could become.

The story follows the editorial team of the fictional newspaper, The New Old Standard, as they assemble a retrospective piece on the former glory of St. Paul Street and the community it fostered. Towards the end of the play the team realizes that the town’s glory days aren’t necessarily behind it, and they finish off with a look at the potential of what’s to come.

The design, at first glance, seems to be out of place, with retro clothes and typewriters despite the story being set in the present day, but everything falls into place when the characters acknowledge the absurdity by breaking the fourth wall and crying “none of this makes sense!”

The newsroom secretary, Betsy (Deanna Jones), presents with a nasal Boston accent for the majority of the play, up until the point when she reveals to the audience that the accent is fake and she is actually British. Unfortunately, after this hilarious moment, Jones’ accent becomes an unclear and confusing mix of the two. But despite that, she and the rest of the cast move flawlessly between the multiple characters they each portray, bringing each individual and their rich histories to life.

The show successfully engages the audience, pulling viewers onstage (to eat dessert in a diner scene, for example) or getting their input from their seats (including in the grand finale  — a Mad-Libs style sing-a-long). Some viewers were clearly uncomfortable being put on the spot this way, but it succeeds in making the show more visceral.

The producing company FIXT POINT, whose mandate is to “inspire audiences to imagine change”, really hits the nail on the head with this piece. By educating the audience about what St. Catharines once was, and highlighting all of the new local businesses and arts organizations that have appeared recently, it makes it hard for viewers to leave the theatre without a greater sense of hope for the town than they had when they walked in. 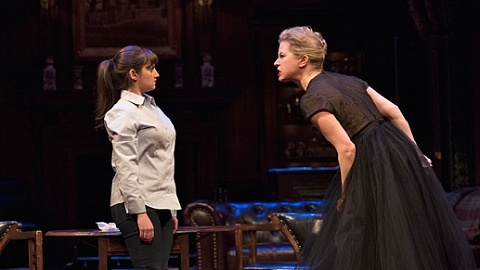 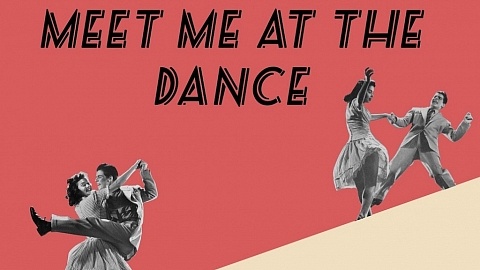 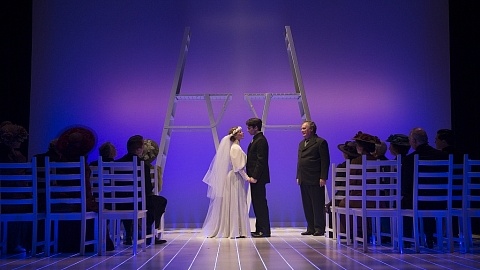