Rick Roberts’ Orestes, directed by Richard Rose, confronts the progressively blurring lines between real life and virtual life in a heightened version of the bloodthirsty frenzy of online existence — an experience amplified by quarantines and self isolation. Running from February 3-14 at Tarragon Theatre, it satirized a culture that puts celebrities on pedestals so high that the fall can easily be compared to the strife of ancient heroes.

The story chronicles Orestes’ descent from internet fame after killing his mother, and the effect his actions have on his family.  Cliff Cardinal as Orestes is suffering a slow and painful digital death after losing all his social media platforms. His sister Electra (Krystin Pellerin, pictured above top, with Bren Eastcott, Anthony Perpuse, Gabriella Sundhar Singh, and Jeff Ho left to right below) tries to console him, while their father Menelaus (Richard Clarkin) graples to salvage what’s left of the family’s reputation. Each character squirms in web of digital doom as the chorus looks on and provides commentary.

Everything that unfolds in Orestes is of the utmost consequence for the characters and every performer commits wholeheartedly, pouring their energy into their cameras. In moments Cardinal as Orestes seems to nearly evaporate into a virtual background. This doesn’t feel like a technical oversight but rather a representation of his diminishing sense of self throughout the play.

The video and stream designer, Frank Donato, incorporates a variety of digital backgrounds with on-screen text and images to reflect the fractured, mediatized world that the characters are living in. Sometimes the words they’re speaking pop up on screen as a stream of consciousness, emphasizing moments of importance. The visual language of the production is heightened, colourful, and utilizes the breadth of possibilities that a digital production offers, sometimes to excess. Pairing this text with overwhelming visuals and technical difficulty on my end made it hard to follow at times, but trying to decipher it was enjoyable nonetheless. The contrasting style and content uses virtual landscapes to playfully find comedy in the dramatic. 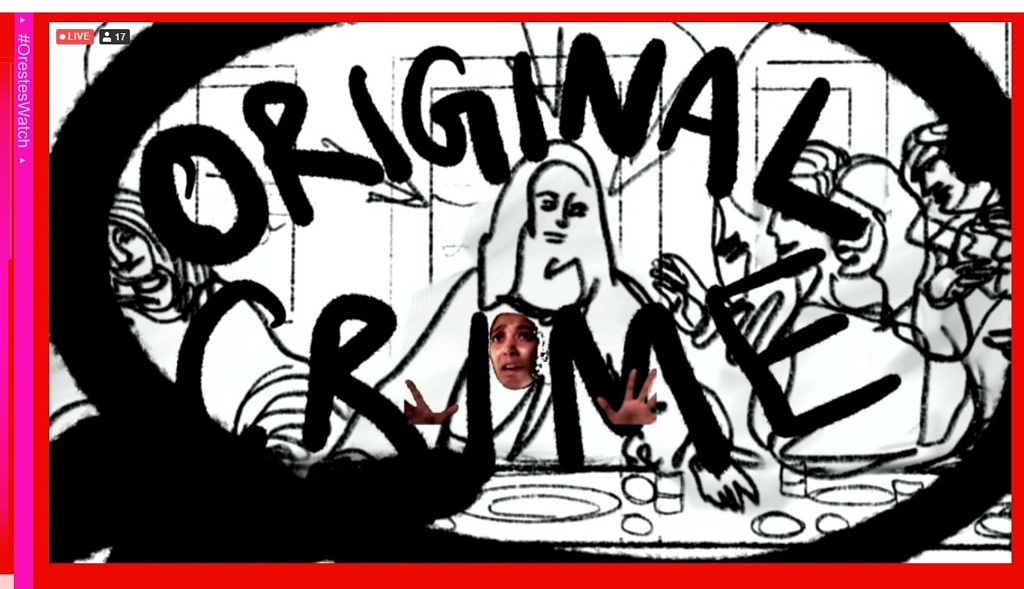 As an online production, Orestes pushes creative boundaries. A Greek chorus offers choose-your-own-adventure moments in which the audience gets to click on the character they would most like to hear talk about the action of the play. These moments utilize the form of digital theatre to create scenes that could not have moved from isolated breakout rooms back to the main story as quickly, had they been in person.

A problem arose, however, in the choose-your-own-adventure moments. Computers can’t always keep up with the pace of the drama; momentary lags or technical difficulties cause audience members to miss parts of a scene. I noted that perhaps in an attempt to circumvent audiences missing important information, the actors in the breakout rooms didn’t say much of importance. This made me wonder — why bother including scenes that don’t seem to matter much to the plot overall? It dragged an otherwise fast-paced performance down. Other than the rare moments outside of the main plot, the script is dense with meaning and incredibly current. 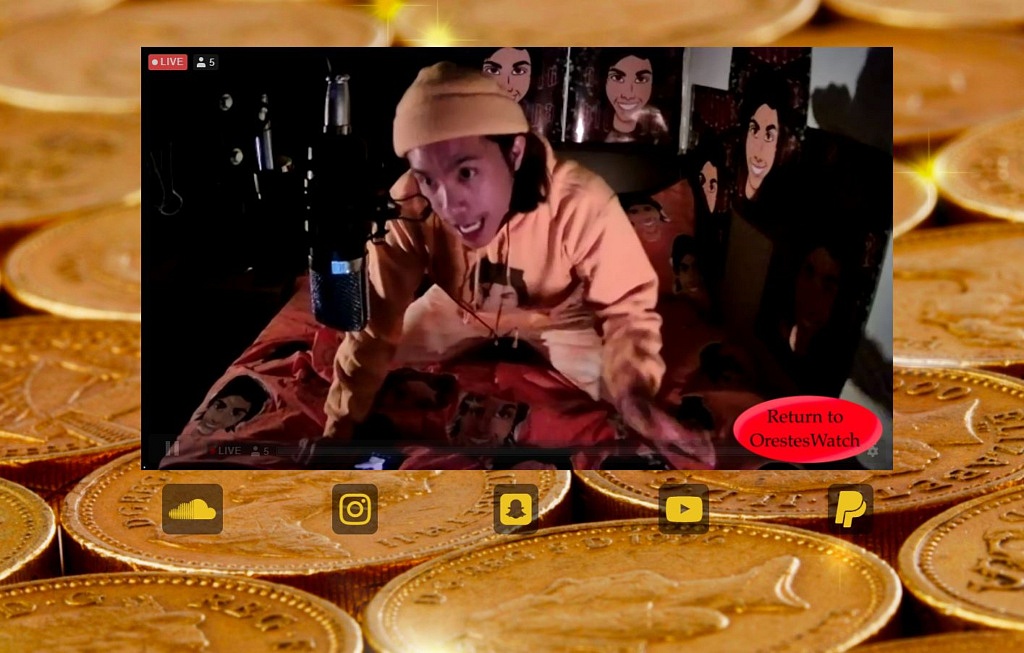 Anthony Perpuse in one of the Orestes breakout rooms.

The central subject of the play is a commentary about social media, depicting a state of not knowing where one’s mind ends and the world begins. I was thrilled to see Orestes depict the collision of sense of self with the perception of others. Additionally, the range of ages of the actors raises questions about the changes that the human experience undergoes from generation to generation, and how new media influences that. The line “you were young but not like us,” spoken by Lisa Ryder as Helen, haunts me even now. Fame and digital media has not only created a digital colosseum but a tremendous generational gap as well.

I am reluctant to be overly critical of online productions, as they are tricky to compare to their in-person counterparts and far more difficult to produce. Orestes is the first live, online production at Tarragon. Like many theatre companies they have never endeavoured to work this way before; they didn’t have to. Though there were technical difficulties, it was an impressive undertaking. Online productions aren’t always perfect but they are always full of passion for the arts.

Orestes was gripping even through a computer screen, to the very last moment. After it appeared to have ended, my phone rang with a call from an unknown number. It was Helen of Troy, leaving a voicemail. Even after the virtual curtain closes, this play keeps the audience thinking about what they saw.