If you love your theatre dark, shocking, and emotionally raw, but still want to have the occasional laugh, then Cliff Cardinal’s Huff is for you. Be aware that it is incredibly disturbing, but also very powerful. The play has been touring for over seven years and 200 performances and won the Dora Mavor Moore awards for Outstanding New Play and Outstanding Performance for Cardinal in 2016.

Huff, a solo piece written by and featuring Cardinal (who is Cree), revolves around a young Indigenous man named Wind and his family, most notably his two brothers. Their mother has passed away, and things get even worse when Wind accidentally burns down a motel that has been like a second home to him. The play showcases the disturbing dynamics of various forms of abuse (substance, physical, sexual) that have disastrous consequences, but also the beauty of a loving relationship between brother and brother.

After watching an archival recording of the show, I was fascinated by how someone could come up with such an intense story, and Cardinal told me that “when I was a kid, I was really into writing about taboo subcultures, people who did strange things to make a connection with each other, and I thought that one of our most taboo subcultures… the one group that we’re most afraid to talk about, is Indigenous kids who abuse solvents and are at high risk of suicide. So that idea and that story haunted me for years.” 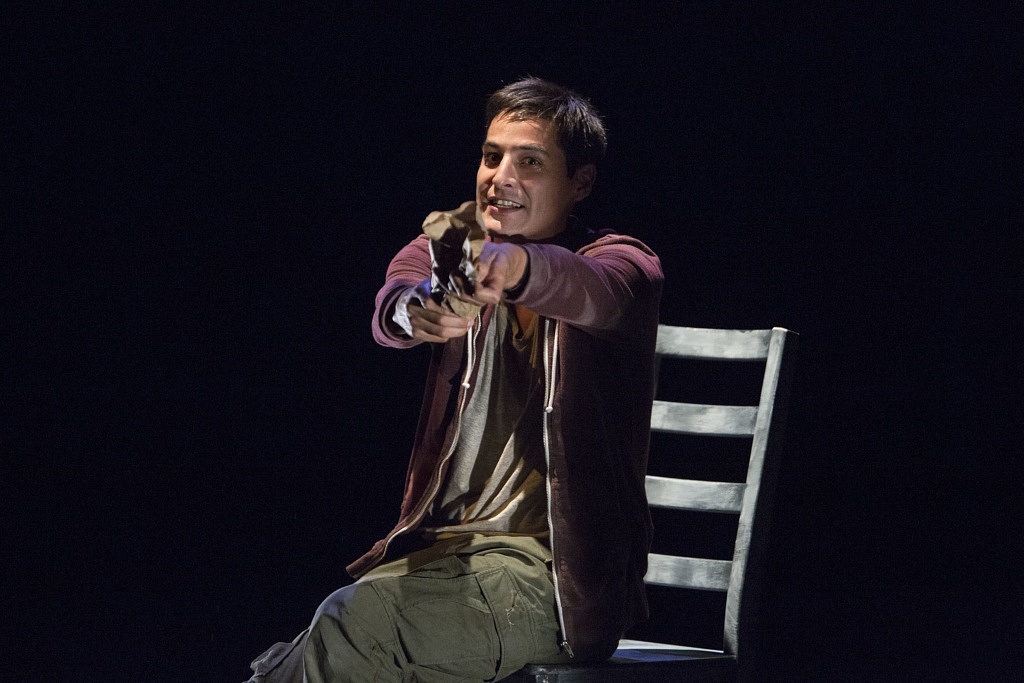 “Haunting” is a perfect word to describe Huff. At times, it gets so intense that Cardinal has had people walk out of the theatre. I asked him if there was going to be a content warning before the show, and he said no. But he assures me that he does try to take care of the audiences, without holding back in the work: “I really try to leave the audience with a sense of hope every night. And for some people, that probably doesn’t happen because the work is so dark, but I work very hard to make it funny, to make it compassionate as well, to go there with love, and that’s my dedication to the audience but it’s also my dedication to the people in the story.”

His intention isn’t to shock the audiences into a state of depression, but rather to have them accept the scary and very real parts of being a human being while still being able to face those parts. “I think that there’s one issue that really unites us all, and that is, we’re going to die,” says Cardinal. “And everyone we care about is going to get sick and die. And that’s really terrifying. It’s just the worst thing we have. And so this story is about laughing in the face of all that, coming together, empathizing, going through this experience – though there are really horrible parts to it – and laughing in the face of those ugly things that we hate and that make us afraid.”

The set, or rather lack thereof, is important to Cardinal at this point in Huff’s journey. The play takes place in a black box theatre without a set, but this hasn’t always been the case – this is the third production of Huff after an independent production and a staged version at Native Earth Performing Arts in Toronto, that one the first to use Cardinal’s preferred bare stage setting.

A performance space where the performer is the main focus with nothing to detract from them has allowed Cardinal to get to the heart and truth of the story. “I think that in theatre our most potent weapon is a performer standing in front of you telling the truth,” he says. “So anything that distracts from that doesn’t need to be there, and anything that enhances that is really good. So I just think that theatre is best done in the black box with nothing but the performer in front of you, and that’s the way we’re doing it now.” It’s also a huge testament to the performer for being able to captivate an audience with little to no help from a set, fancy costumes, or props – and rest assured, Cardinal is more than capable of keeping you on the edge of your seat as he frequently and seamlessly flows between a multitude of characters. 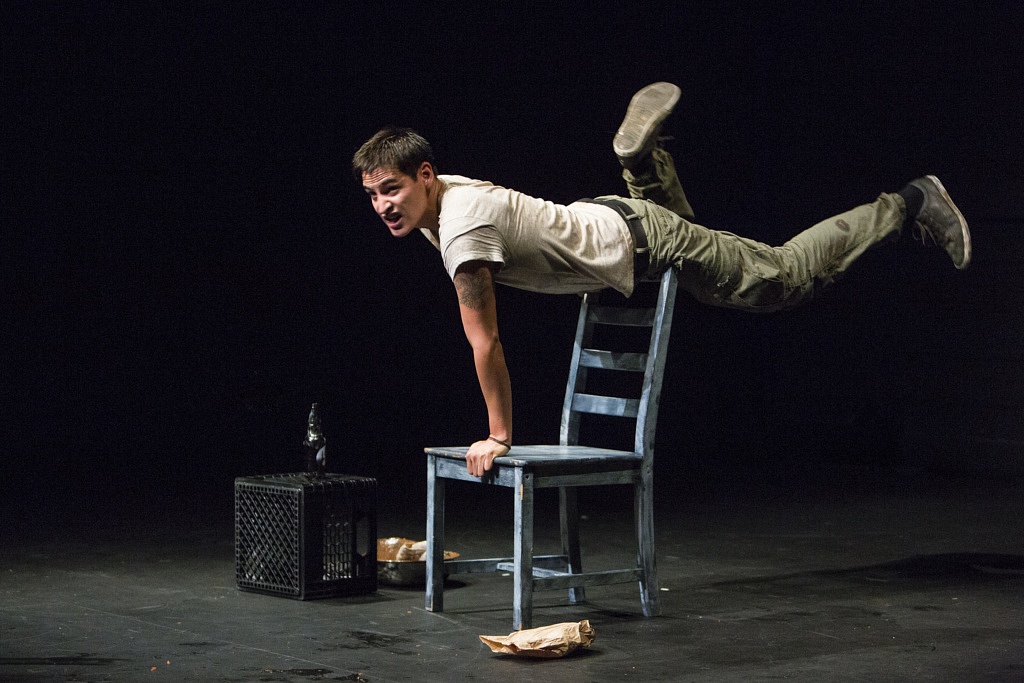 Cardinal’s outstanding performance combined with the unique writing that mixes unsettling themes and dark humour makes Huff a powerhouse of a play. It’s a tour-de-force that may be unlike anything you’ve seen. Cardinal himself sums up who should go see this play: “If you want to have an experience that’s a bit different, see a play that’s a bit eccentric, a point of view that’s perhaps a bit odd, and subject matter that is a little dangerous, then this is it.”

OlderWaking up, being the change: A weekend of activities around race, power, privilege and theatre
NewerAll the seasonal feels: Holiday Inn at the Shaw Festival