The embedders return to the Shaw Festival’s The Horse and His Boy for their last rehearsal before they move into the Festival Theatre for technical rehearsals.

It’s an exciting thing, walking into Shaw and being recognized by people working there. As we enter the building on our third visit, the lovely lady at the stage door recognizes us as the Brock students here for The Horse and His Boy. As we enter the rehearsal hall there are fun chimes of “Our Brock friends are back!” from a few people in the cast and creative team. Before the rehearsal starts, one of the Assistant Stage Managers gets the cast together to discuss a change in scheduling rehearsals moving forward. They come to the conclusion to change their Friday rehearsal time from 10:00am to 3:00pm instead of the previously scheduled rehearsal of 1:00pm to 9:30pm. We are surprised to hear how long their rehearsal time is on the daily because at Brock we are used to four hour rehearsals during the week and a longer rehearsal during the weekend. Hearing about a rehearsal that was eight and a half hours long was something we never expected. 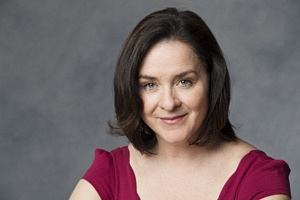 Once the rehearsal officially starts, the cast all assembles on the floor in somewhat of a circle as they read through one of the last scenes of the play. The readthrough is fascinating to watch as the actors bring up questions about their characters which the team then discusses to smooth out lines and plot points. A large part of this is just the rearranging of the order of words in lines so that they flow more naturally from the mouths of the actors. During the readthrough, Jenny L. Wright commands the room while saying her lines. The power and intensity she radiates rings through the hall as she embraces the role of Aslan.

After the actors finish reading, the creative team realizes that they do not have new pages of edits for the following scene. As everyone waits for those pages to arrive, the actors get up on their feet and start working through the blocking of the scene they just finished reading, in which some of the characters wear armor. The team isn’t sure who has what armor at this point, and what armor would make sense for the characters to have. For example, Tumnus is supposed to have a helmet, but they realize this is a potential problem because the character has horns. It is intriguing to see the entire team work through this problem. They come up with two possible solutions: scrap the helmet entirely or have it no longer be Tumnus’ helmet, and instead have it be Corin’s helmet that he then gives to Shasta. Watching problems get solved before our eyes is inspiring – the team works together to find the solution and doesn’t settle for the first thing that comes to mind, but rather are willing to try multiple offers. 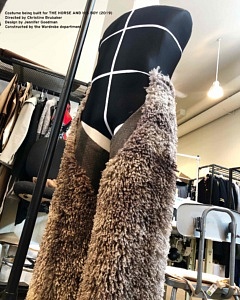 The physicality of some of the characters plays big role in the story. David Ball’s Tumnus is physically demanding, yet he makes it look effortless. He is always in heightened physical states as Tumnus is constantly walking around on his toes, falling over, or crawling on the floor. Julie Lumsden’s physicality as Sallowpad has her walking around the stage with her wrists on her back and elbows out, representing her wings. Lumsden’s head movements perfectly mimic that of a bird. Seeing her embrace the physicality of the character, there is no doubt about what kind of creature she is portraying on stage.

After a break, the team switches gears for a music rehearsal. The cast is very excited as they are each handed an official final score for the show. They proceed to work through and finish learning the music, figuring out new arrangements for each song that can be used during scene transitions. Many of these passages of music are recorded by Deanna H. Choi (the composer and sound designer) using a small, high quality microphone placed in the centre of the space with the cast circled around it. In addition, the cast use their phones to record their own voices and parts of the music, working together to help create both a general and personalized reference tool. It’s moments like this that demonstrate the incredible sense of dedication that permeates the working atmosphere among this company.

The Shaw’s associate music director Ryan deSouza works with the cast on different modes of engaging with the music. In some instances, the emphasis needs to be on the meaning of the lyrics, 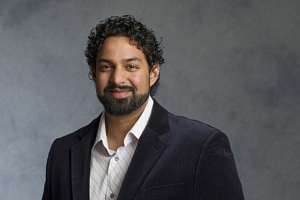 while in others the role of the music is to provide atmosphere. An example of the latter would be a song that has the word “tiptoe” repeated. They play with different ways of singing this phrase so that they can convey the essence of sneaking, rather than telling the audience what they are going to do. As the team works on a song for the show’s epilogue, Brubaker decides to add a chant featured at the beginning of the show to bring it all back full circle: “Snap, snap, follow the map.” Having the same chant at the end as in the beginning conveys that a new adventure is about to begin. And so it is for us too: in our next post we’ll “snap, snap, follow the map” out of the rehearsal hall and onto the Festival stage for a technical rehearsal!