Winter Blitz: A Quick Foray into the Next Stage Festival

In the winter, Toronto’s Factory Theatre becomes home to Fringe Toronto’s Next Stage Festival, the self-described “curated, boutique” festival. For those unfamiliar with the Toronto Fringe Festival, it’s an annual theatre festival that features indie artists performing all over the city. Rather than plan the roster by lottery, Next Stage chooses past Fringe artists to give them another platform to push their work forward.

As the current DARTcritics student blog editors, we made the trek to Toronto on Tuesday to catch four out of the six shows playing that night. Despite the cold weather, the festival tent is warm and welcoming, and the theatre is perfectly situated to grab a quick bite between shows. The freedom to schedule your night allows for an easy-going atmosphere, saving all your energy to channel it into the innovative work occurring on stage.

We were able to catch Possessed, Anatomy Of a Dancer, Cannibal, and A Bear Awake In Winter during our Next Stage blitz. 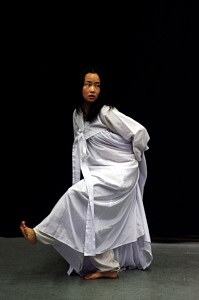 In the middle of a crisis or two, Sarah Kim (Diana Bang) seeks to channel the spirits of her ancestors and others to figure out how she should continue her life path or if she should follow in the steps of her late mother and not continue it at all.

The summoning, inspired by Korean Shamanism, requires a dance from the summoner, audience bell-ringing, a rubber chicken, and a lot of unfinished business.

We as the audience follow her as she confronts her deceased family; some are looking to share and others still needs favours in the “Great Beyond.”

Creator and sole actor Bang is able to poke fun at her history, evoking laughter from the audience one moment only to shut them up with tense conflict the next.

Possessed is a quick dive into the heredity of pain, suggesting that nothing sparks a fire under life like death.

Gene Kelly is remembered as a song and dance man through and through. Anatomy of a Dancer aspires to pay homage to the Hollywood legend in a 60-minute toe-tapping extravaganza.

An obligatory pre-show advisory stated that there were no content warnings for this production and that the audience should simply look forward to having a great time. Bearing this in mind, I headed into the Factory Theatre Mainspace and did just that. 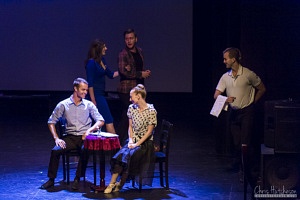 As Kelly himself said: “you dance love and you dance joy and you dance dreams”. As it spans his career from stage to screen, the play feels more or less like an extended dream sequence straight out of Old Hollywood. Full to the brim with technical talent and captivating precision, this is a show which also understands how to elicit the joy of big Broadway synchronicity.

Though its narrative retelling of Kelly’s storied career is light on detail, this production artfully recreates some of his most iconic performances with delightful accuracy. Anatomy of a Dancer is a catchy little earworm that will linger long after you have left the theatre. Who could ask for anything more? 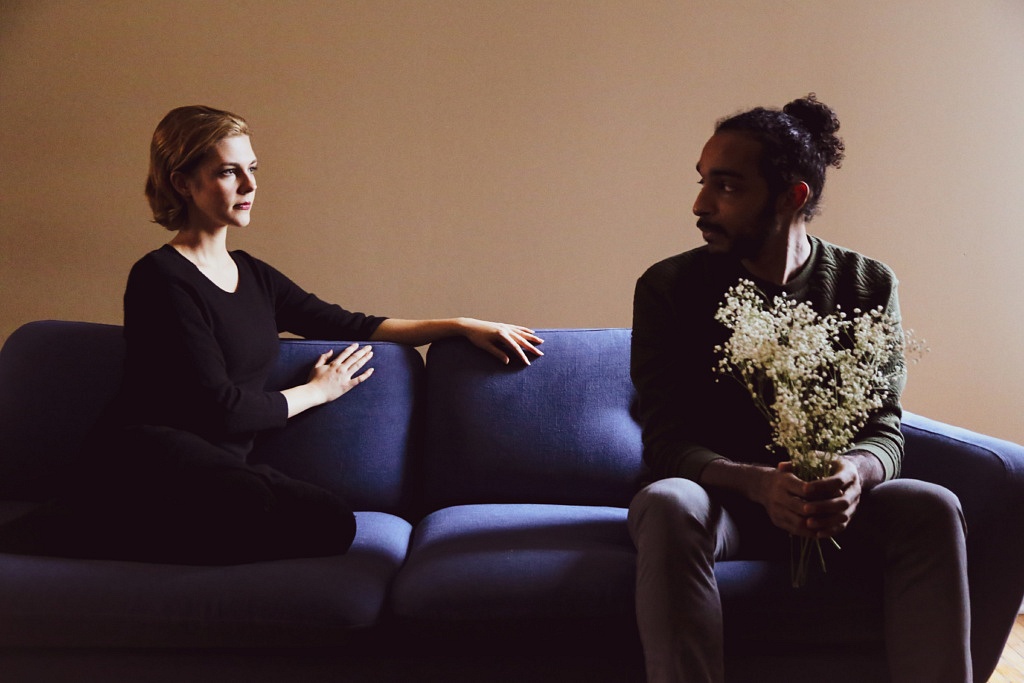 Tom Nyhuus’s dark character-driven drama traces trauma back to its inception with Gone Girl level twists. Bridget (Justine Christensen) and Adam (Michael Ayres), a divorced couple, have lost their child to a kidnapping. After Bridget re-imagines the incident as Cannibal, a play where the parents dealing with the tragedy eat each other on stage, she finds good company in the young, naive lead actor (playwright Nyhuus, himself). But the publicity brings Adam back to her, which begs the question: who owns the trauma? Who gets to turn it into something positive? Suffering isn’t a competition but Bridget certainly comports herself as if by grieving harder she’ll come out happier than everyone else.

The grief, however, isn’t the only thing eating away at the characters. Somewhere between opening and closing, it becomes clear the play is not as fictionalized as first presented. It is almost grueling to sit through the characters’ ordeals but it’s worth the satisfaction of piecing together the full picture.

The location is Dartmouth and the year is 2007;  a familiar assortment of mismatched high school personalities sit in band class. As the anticipation of the school dance looms, a storm brews and culminates in a startling and complicated act of retaliation.

Each actor expertly navigates their given role with such ease and authenticity that it is difficult to believe they aren’t the genuine article. The teenagers (played by Michaela Di Cesare, Andrew Di Rosa, Bria McLaughlin, Hershel Blatt, Natasha Ramondino and Danny Pagett) perfectly capture the discomfort of adolescence. Andy Trithardt is well cast in the role of Mr. Hill as he portrays the anxiety surrounding small town attitudes towards sexuality. 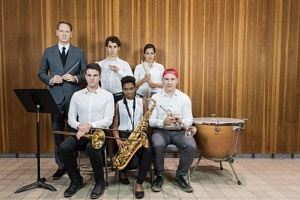 The play challenges the childhood myth that negative male attention equates to harmless affection. This production touches on themes of instigation and confrontation with great care, often using humour as a vehicle to address injustice.

As the show comes to a close there is a feeling of solidarity and hopefulness but also a sense of accountability. There is so much more to be done and it is imperative that conversations like these continue outside of the theatre.

Writer and director Ali Joy Richardson skillfully illustrates what is often viewed as the inevitable female experience and demonstrates how “a lot of little things” can form a mammoth burden. A Bear Awake in Winter is a poignant exploration of uncomfortable truths and is absolutely worth seeing if you can.

The Next Stage Festival runs until January 20th, 2019. For more informations and tickets, please visit the Fringe Toronto website. (But do so quickly, seats are going fast!)

DARTcritics would like to extend their gratitude to Tessa Cernik and Fringe Toronto for providing the team with tickets to the festival.