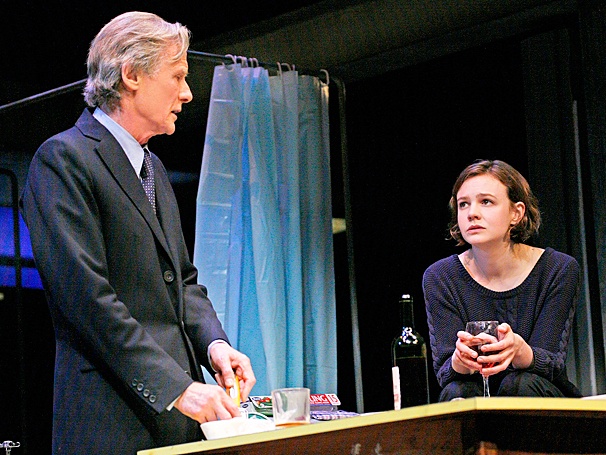 On 23rd October the DARTcritics went to the theatre and the movies — at the same time! Here are several review accounts of the experience of seeing David Hare’s play Skylight via the innovation of NT Live:

Alex Jackson writes: True love exists in David Hare’s Skylight, but not a light and fluffy love. It is something heavy and rough being expressed onstage, a toxic bond between a schoolteacher named Kyra Hollis (Carey Mulligan) and the magnetic business tycoon, Tom Sergeant (Bill Nighy). The play is set in Kyra’s cold apartment in East End London, and begins with Tom’s son Edward (Matthew Beard) paying her a quick, unexpected visit. Equally unexpectedly, Tom then arrives on her doorstep, three years after their affair ended. I had to stop shovelling cinema popcorn into my face, so I could pay full attention to the powerful drama being projected “live”on the big screen from National Theatre in London.

A part of the unusual “National Theatre Live” project, this revival of Hare’s 1995 play, directed by Stephen Daldry, was filmed on July 21st of this year in London, then broadcast in cinemas around the world on October 23rd. This does not sit well with me, as the show technically wasn’t being performed at the very instance in space and time when I was viewing it. Making me question: did I see a recorded film or a live performance?

I felt disconnected when the cameras went in for extreme close-ups. It took away from the sense of theatre when the optical zoom was involved. Fixating on a particular point on stage diminishes the overall impact of the mise-en-scene as designed by Bob Crowley. The lenses of the cameras constricts the landscape of the set, which in turn, blocks the audience’s connection to the actors’ passionate encounter. During a pivotal scene, Tom reaches for Kyra’s hand in affirmation, just inches away from his on the dinner table. That moment is so tiny and delicate that it is blown to shreds when it’s just their hands up on the big screen.

Don’t get me wrong: the performances by Mulligan and Nighy are addictive to watch regardless of the liveness of the show. Tom moves through Kyra’s apartment like he owns the place, moving furniture obsessively, pushing in his chair every time he gets up from it, and straightening every book in the apartment. Kyra tries to take control, and at one point, throws an entire drawer of cutlery at Tom, just to get him to stop his crazy accusations about their past. Watching these two ex-lovers collide at the full speed of love makes Skylight a truly captivating performance.

There’s no sense of theatrical presence in Skylight but there’s a pulse of life, that beats strong and passionately and that will surely resonate in your heart. 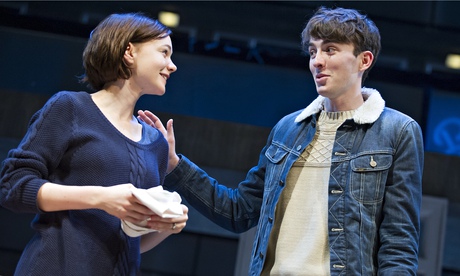 Trelawney Erwin writes: It’s all fun and games until your past shows up on your doorstep. In David Hare’s Skylight, Edward Sergeant (Matthew Beard), visits the apartment of his former babysitter, Kyra (Carey Mulligan), hopeful that she will help his father, Tom, who has been acting strangely since the death of Edward’s mother three years prior. When he leaves, another visitor arrives – this time it’s Tom himself (Bill Nighy). We learn that Kyra once lived with the Sergeant family and had a six-year-long affair with Tom, who wants to rekindle their romance.

Skylight features a dynamic cast who draw us in with their intensity. Seasoned veteran Nighy plays the eccentric, self-centered Tom meticulously. His humorous habits such as repeating words and physical gestures are later used to pull at heartstrings as he attempts to express himself. First-time theatre actor Beard mimics Nighy’s energy as Tom’s son. What initially comes across as a comedic character garners sympathy because of his thoughtfulness. Mulligan holds her own in her West End debut as the stoic Kyra. Physically calm, but emotionally charged, the energy in her face and eyes rivals the physical energy of her co-stars.

Director Stephen Daldry cleverly mirrors the characters’ emotional distances with physical distances. Although the majority of the play is conversation, he never lets a moment get stale, busying the actors with various tasks. The writing, by David Hare, is playful and poignant. As the ex-couple critique each other’s professions and attitudes, each highlight their own superiority complexes: Kyra with her sacrificial, philanthropic occupation, and Tom with his high status and influence in the business community. Hare offers a strong message about class-prejudices and attitudes towards educators that still hold significance, even watching in Canada, nineteen years after the original production.

Skylight was performed at Wyndham’s Theatre in London, England and recorded by National Theatre Live for global viewing. Close-ups allow international audiences to view the intricate details of Bob Crowley’s phenomenal set. Kyra’s apartment boasts functional taps and a stove on which she cooks, treating live audiences to the smell of her spaghetti (sadly, cinema viewers have only their imaginations and perhaps the smell of popcorn). Dim lighting by designer Natasha Katz emphasizes the grungy, rundown nature of the residence that causes Tom to question why Kyra chose to live here. But as we hear a neighbourhood ambience complete with laughing children (provided by sound designer Paul Arditi), we wonder – does it really matter why?

Skylight introduces a complex social commentary that is as relevant now as it was at the time of the play’s inception. Wherever you are viewing Skylight, it is certain to stay in your mind long after the house lights come up. 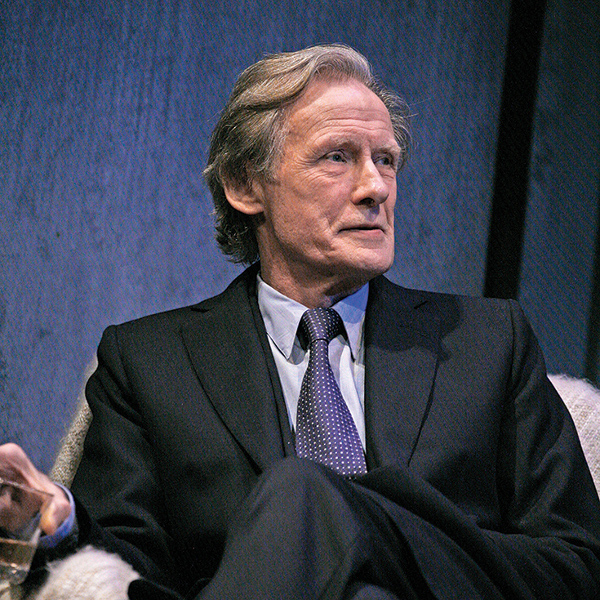 Oriana Marrone writes: “Why don’t bishops like to have sex standing up?” Tom remarks as he attempts to embrace Kyra, hoping to add some crude humour to a heart-wrenching confrontation about why their love can never work in NT Live’s screening of Skylight.

On the silver screen, playwright David Hare’s captivating love story follows Kyra Hollis (Carey Mulligan), a teacher with aspirations to change lives who slowly loses her patience with those who have less compassion than she. Tom Sergeant (Bill Nighy) is just that: an upper class entrepreneur with shoddy morals. Masked in sarcasm and whisky, Tom has been struggling since his now-late wife discovered his and Kyra’s affair three years ago. As they attempt to stay cozy in Kyra’s cold East London apartment, the couple’s struggle unfolds, each battling to convince the other that their love and their lifestyle are superior. With Edward (Matthew Beard), Tom’s eccentric son, interjecting at the beginning and the end of the play, hoping to mend their relationship, one can’t help but fall in love with these beautifully flawed characters.

Mulligan delivers a strong performance full of raw emotion as she connects with her character through tears, spouts of anger, and utter defeat within her body. She finds her pivotal moments to deliver each blow to Nighy, who jumps on the end of every line delivered. Nighy is confident, delivering lines with comfort as he settles into his quirky mannerisms of kicking chairs into tables and keeping his fingers curled into his palm. Beard gives his character a bright spirit. Quick on his feet and faster with his words, his performance of Edward is uplifting.

These actors were given brilliant direction by Stephan Daldry as he moves each character with precision; no one could question the believability of this piece. Combined with Bob Crowley’s stunning design of Kyra’s apartment, fixed with all the staples of a home and coupled with moving walls and a backdrop filled with dying plants and Jamaican flags hanging out of apartment windows, this piece has every element for success, even when watching it on the big screen.

With M&Ms in hand, the smell of popcorn and the sound of excited chatter about this highly-regarded piece wafting through the air, excitement in the cinema was palpable. The real-time intermission and audience reaction allowed atmospheric pleasure. The filming does justice to the production with multi-camera angles that capture the full set juxtaposed with close-ups of the actors’ tears and their hands as they intertwined their fingers, possibly for the last time.