A funny-sad time at Shaw

They’re back! A new class of 37 Dramatic Arts students at Brock University are this year’s DARTcritics. As part of their work in the course DART 3P95/6: Studies in Praxis – Theatre Criticism, they will be reviewing nine productions in the Niagara region and in Toronto. First up was a visit to the Shaw Festival to see the lunchtime production of Tennessee Williams’ A Lovely Sunday at Creve Coeur. Here’s what two of the group had to say.

Jonas McLean writes: What could a high school civics teacher from 1930s St Louis possible teach a modern audience about love? The answer may surprise you.

The aforementioned schoolteacher is Dorothea (Deborah Hay, pictured above), a breathy homage to the southern belles of Tennessee Williams’ early works who shares a cramped apartment with her friend Bodey (Kate Hennig). Despite its clashing décor and constant presence of the German-speaking Miss Gluk (Julain Molnar) from upstairs, it is home. Dorothea is awaiting a phone call from the entrancing T. Ralph Ellis, yet Bodey wants Dorothea to reciprocate the advances of her brother Buddy. Throw in fellow schoolteacher Helena (Kaley Harwood), who wants Dorothea to abandon everything in favour of an upscale apartment, and director Blair Williams has a recipe for either heartbreak or farce, depending on which way he stirs the pot.

As it turns out, we are served a portion of both. Blair Williams embraces the comedic physical opportunities afforded by the script, creating a circus in which Hennig serves as the wonderfully blunt ringmaster. For many, she was the highlight of the show, transitioning beautifully and believable through a parade of moods while always maintaining control of the household.

The heartbreak is seen through a window to the past, opened through pastel-blue appliances and soft spotlights. One poetic moment framed by realism is a heartfelt soliloquy from Dorothea alone in her room, followed by a bewildered Helena asking, “Is she attempting a conversation with herself in there?”

The characters can be excused for eavesdropping on one another given the confines of the Courthouse Theatre. The set feels at first cluttered, and the missing walls of the apartment seem motivated more by necessity than artistic purpose. The actors, though, move with such familiarity that we begin to accept their strange little world.

Do these strange worlds still have a place on our stages? Perhaps their time is over, but as Helena puts it, “there is rarely a graceful way to say goodbye”. On the other hand, maybe we need stories about Creve Coeur and streetcars to remind us that the tragedies of life are often worth the love, the laughter, and the picnics on Sundays. 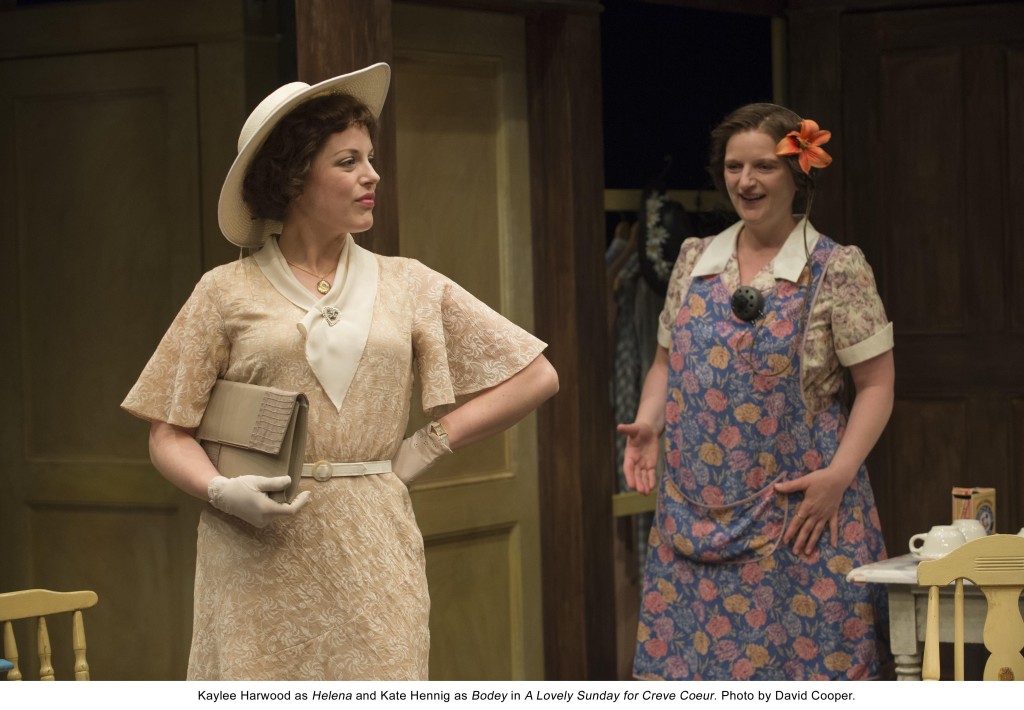 Elizabeth Amos writes: Hilarity through heartbreak: the cast of “A Lovely Sunday for Creve Coeur” had the opportunity to show off their range in the Shaw Festival’s production of the Tennesee Williams short.

Deborah Hay as the tightly-wound romantic Dorothea, and Kate Hennig as her simple but sincere roommate Bodey have the audience chuckling from the start. Dorothea’s superfluous exercises and Bodey’s hearing impairment set the scene for an hour of laughter and misunderstanding – a comedy. To begin, that is just what we receive. Upon learning Dorothea has fallen in love with her boss, Bodey claims she will find a more reliable match in her twin brother.

Enter Helena (Kaylee Harwood), a fashionable friend of Dorothea’s with whom, unbeknownst to Bodey, Dorothea has agreed to rent an expensive duplex. Helena immediately enters into a power struggle with Bodey over Dorothea’s best interests. The addition of emotionally unstable German immigrant Miss Gluck (Julain Molnar) completes the kooky quartet and the dynamic comedy promised unfolds into a tale of longing and loss, leaving the audience wondering whether we should be dissatisfied or grateful at the sudden tonal departure.

Hay is compelling, balancing frivolity and depth to remain magnetic in the face of some confused direction from Blair Williams. The midway departure from the show’s attractive “slice-of-life” style, though adherent to scripted instruction, breaks the pace of action. As lighting changes the charmingly cramped set (courtesy of designer Cameron Porteus) from sunny to shadowed, Dorothea soliloquizes opposite a frozen Bodey and Helena while Gluck moves freely. The scene feels misguided and contextually disconnected, perhaps due to this adaptation’s condensation.

Strong performances from Hay and the ensemble keep the show on track. Though Hennig is inconsistent in accent and character, she finds moments of truly touching presence. Harwood is delightfully venomous and acts with the sophistication I have come to expect from her, contrasting Molnar’s appropriately pity-inspiring performance.

This light-hearted exploration of heartbreak is touching in its ability to connect us with our deepest-rooted fears: that we will not find independence and that we will have to. It also gives us hope. We are reminded that in sorrow we are all as the pigeon Helena sees through the apartment window: “capable of flight but perched for a moment in this absolute desolation…” 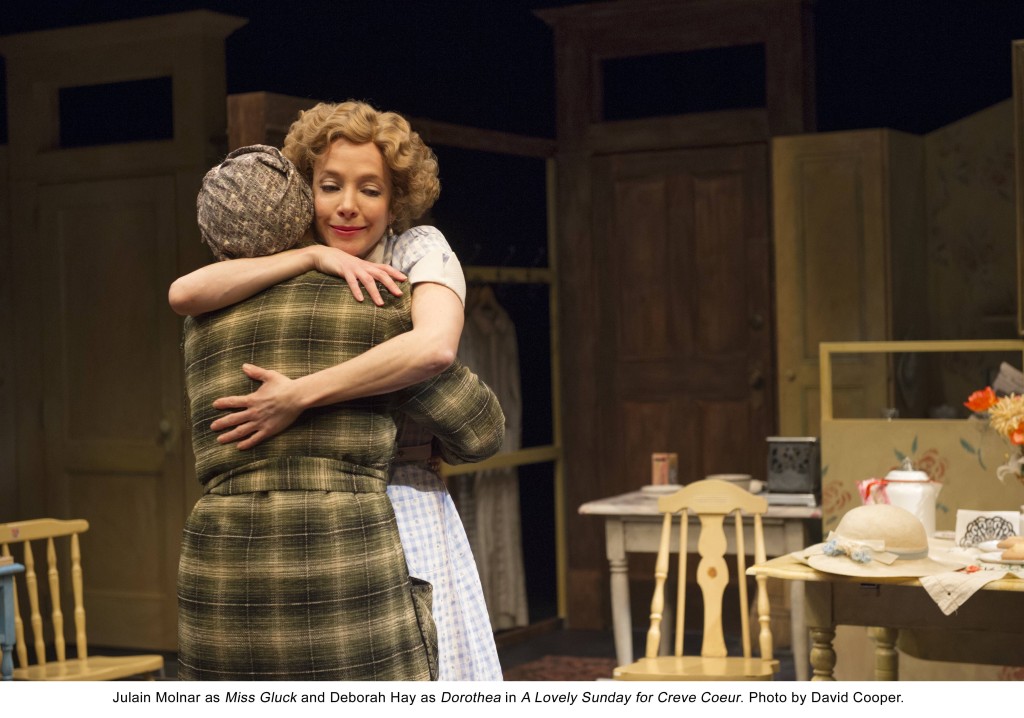